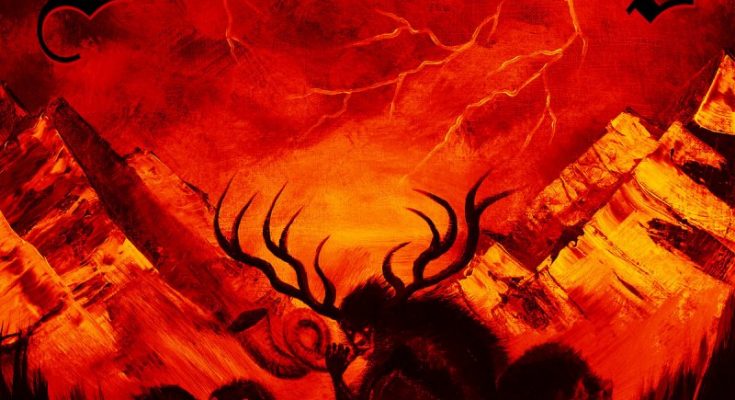 Australia’s black/thrash metal Deströyer 666  have reached a certain pinnacle by embodying the thrash elements into their music. They clearly draw a lot of influence from the old school blackened thrash metal, especially their past albums like Cold Steel for an Iron Age and Phoenix Rising. The Aussies keep their music straight forward and simple rather than having a brutal sound and complex song writing. Instead they have found other strengths to maintain a certain level to their style. It’s all about quality of aggressiveness and memorable riffs, fast solos like tornadoes and fierce drumming which makes them sound evil. The blackened thrashers become one of the best bands today, as they have found their main influences in the prototype bands of the first wave of black metal, bands like Kreator, Sodom and Destruction.

Their fundamental style of thrash metal has enhanced the song structures with sharp riffs and 80’s raw metal. Therefore they are one of the few professional bands who have earned a successful level of recognition among the rest. In 2016 Deströyer 666 announced their return after years of wild sex, drugs and alcohol. Wildfire for instance was another ripping album that featured a lot of memorable moments. The black/thrash masters continued with the same direction on their latest album which was a remarkable addition to their discography. They also suffered from changes in the line-up and KK Warslut happens to be the only original member left in the band after the departure of Sharpnel.

Earlier this year Deströyer 666 dropped their latest E.P. entitled Call of the Wild, the recent material may not surprise the fans since the new songs are more likely to follow their previous album. Call of the Wild is almost twenty minutes long and it includes four songs which can be described as traditional speed and thrash metal. Violence is Golden begins with a powerful force and an old school vibe, mixing elements of early Sodom and Kreator.

Violence Is Golden wreaks havoc, with piercing riffs, clean solos and the vocals raspy. They really remain into the black metal territory with this song. Overall this song is powerful with enough hooks and menacing solos. Stone by Stone is a solid track where Deströyer 666 shifts into galloping speed metal riffing, the vocals are raspier and wicked. Stone by Stone is a fantastic track having both aggression and fierce, full power of old school metal. The new E.P. truly reflects the intensity of the previous album, resulting into a rawer sound. Call of the Wild is a mid paced song and it holds a high degree of vehemence including the melodic riffs, the track also captures the anthemic mood from Wildfire.

Trialled by Fire is taken from their previous EP Terror Abraxas, this is a new version of the song which was released back in 2003. The overall tempo is slower compared to the rest of the mentioned tracks. Trialled by Fire features some catchy melodies and they are brilliantly executed. I personally prefer the original version to this one. Finally Deströyer 666 has released another EP and this is without doubt one of the highlights of the year.