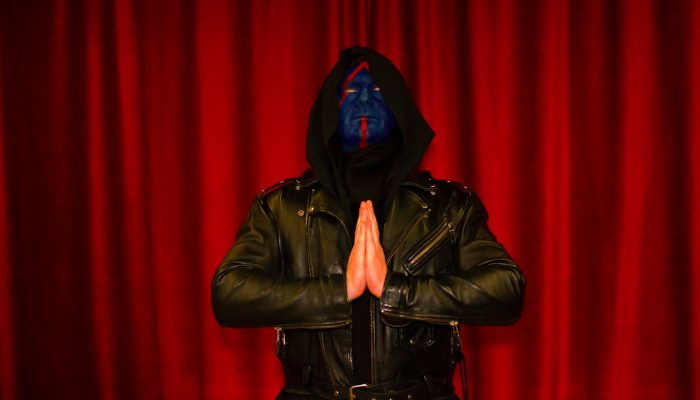 Dkharmakhaoz is a mysterious, two-person entity hailing from Belarus. Despite their otherwise-new standing, the black metal these Belarusians create is firmly rooted in classic second-wave black metal from the ’90s but just as equally working with palatable modern iterations of obsidian. The sound field across Proclamation ov the Black Suns, the band’s first public recording, is robust and muscular yet subtly strange; although by no means aiming for anything qualitatively “industrial,” there’s nevertheless a certain post-apocalyptic vibe to its clanging ‘n’ crunchy surge. Riffs are gutted above and below, guitar and bass both working together to weave dense expressions of dread and darkness, but there’s simultaneously a levitational aspect which makes Dkharmakhaoz astute practitioners of atmosphere as they are of black METAL. No doubt, that metal element is surely emphasized across the album’s seven-song/36-minute runtime, as well as a night sky melodicism that favorably puts the record in paradigmatic No Fashion territory.

Begin refreshing/regenerating/reigniting with the brand-new track “The Way With the Serpent Entwined” HERE at Iron Bonehead‘s Soundcloud. Cover and tracklisting are as follows: