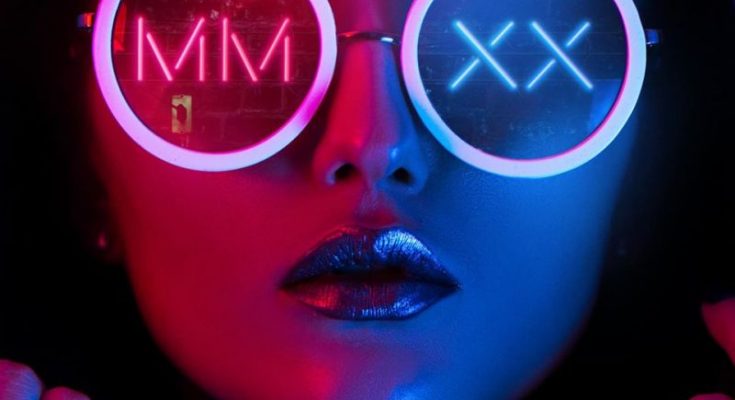 So, how did we get here? It all started with Wacken World Wide, the international live stream of world’s biggest metal festival Wacken Open Air. Eskimo Callboy, also from Germany, was doing a show on this stream. I didn’t know them, so it was just playing in the background. During the show they grabbed more and more of my attention. They were giving it all they got, even though there was no crowd right there in front of them. Respect for that, it was awesome.

But the point that turned me was the very last song they played and the first song on this EP: Hypa Hypa. Genius. That’s one word to describe it. It’s like you’re at the best party ever where everything seems so wrong it’s right. The video will explain it better, but I’m trying my best with words here. This song simply has it all. The looks, the fun and the perfect music to go crazy and have fun.

On a more serious note, we have the next song ‘Hate/Love’. There couldn’t be a bigger contrast between the first song and the second based on the theme. This went extremely fast form party to regrets after the party.

Another song that caught my attention in the live stream was MC Thunder. A song form the album ‘The Scene’ that was released in 2017. It’s a song about a Cadillac and it has an awesome, massive breakdown. This album has the sequel to it, called MC Thunder II (Dancing Like a Ninja). This one is about dancing like a ninja and it has a massive breakdown as well. Both songs have the same vibe to it. Yet the way the band dressed the song is different. Listen to it, your definition of massive breakdown will be adjusted once you hear it.

After this song, we get into the amazing song Monsieur Moustache. This song makes you party like hell. The song changes tempo, changes between scream vocals of Kevin Ratajczak and the new singer. The pre-chorus is a dance festival and the lyrics are humorous. After that there’s a super fast and rough breakdown. What more can you ask from a song?

Rereading this, it sounds a bit ridiculous. All jokes aside, this band works really hard and give it their all to create this blend between melodic metalcore and electronic music with casual pig squeals as well. Sometimes the lyrics sound like they could be from a pop song, with more simple and repetitive lyrics. Then they blend it with screams, grunts and a dance beat. This makes you randomly smile at several points in the EP. I absolutely love that. Things that don’t make sense being put together just makes sense. On top of that, this metalcore power party on a disk is also the 10th anniversary of the band and together with the new singer, it’s the beginning of a new chapter. Like the band says on their website:

‘’Celebrating the good times! That’s what Eskimo Callboy always has been about’’.

The pop element really comes out with the song ‘Prism’. The last song on this EP. It’s something so unexpected but yet again, so incredibly good. It’s the ballad of this album. Fully clean. Clean vocals, acoustic guitar, … After the previous five songs it’s not something that I thought was going to happen on this album, but yet here we are. Absolutely beautiful and it’s showing the skills of this band, being able to create such a diverse style of music in one album, no, one EP. Fast or slow, funny or serious, Eskimo Callboy has you covered.

Oh yeah, and the new vocalist’s name is Nico Sallach.