The Finnish rock band Face The Legacy from Jyväskylä, Finland started as a hard rock band. Over the years, the band sculpted into a mix of heavier riffing with melodic leads – inspired from the ’80s and ’90s, showing their way of writing, and performing. The band is already known in their home country for their energetic live performance, hard-punching innovative riffs, and their very memorable melodies, which will get stuck in your head for a long time! Yet always sounding new and fresh.

Niklas Lindeman comments about “Hear Us Out” lyrically:

“The lyrics tell about anger and frustration about super annoying people and do not show any sign of empathy towards others. Emotions unraveled on this one for sure”.

“To me, these lyrics are something I would love to say to a person who, as an individual, does damage to a certain group of people. Leadership, in my opinion, is what brings the worst or the best out of people. I feel like the overall feel of the song is something many people can relate to even when they are not connected to the stories behind the lyrics”

The video made for the song is a reflection into the topic of the song. The video is produced and directed by Teemu Myöhänen, says the band about working with Teemu:

“Seeing the video can satisfy you with “Karma” since you can see the “bad side” getting its payment. It was natural to work with Teemu again since he did such a great job in our last single and video of “Ashes on the Ground”. Also, we feel like his image of our band is in hand with how we see ourselves as a musical group. We can’t wait for everybody to see this video since it’s going to be kickass!”

Each band member brings particular effort to their music from various musical backgrounds, making Face The Legacy. There are many influences from many genres in their music: drip of ’80s hard rock and ’90s grunge, but generally from ’90s and present-day rock music. Face The Legacy are touring since 2017, including shows before even releasing any music. The band already played around 60 gigs, a couple of Finnish tours, including performances from Helsinki to the North of Lapland. All done DIY and booked by the band. “Our lead singer Niklas has taken the album to the next level with his haunting cleans and hard-hitting screams. I feel like everyone really stepped up their game for this one,” Aleksanteri (bass) concludes – stay tuned to Face the Legacy! The full-length album will be released worldwide in 2022 via Out Of Line Music.

Watch the previous music video for “Ashes On The Ground” here again https://youtu.be/-OCcWfTd34o 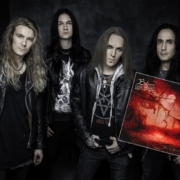 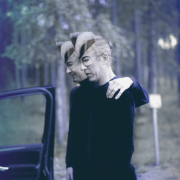 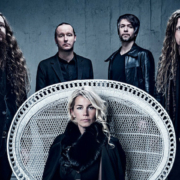 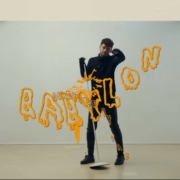 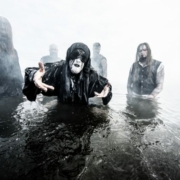 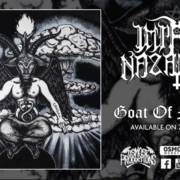