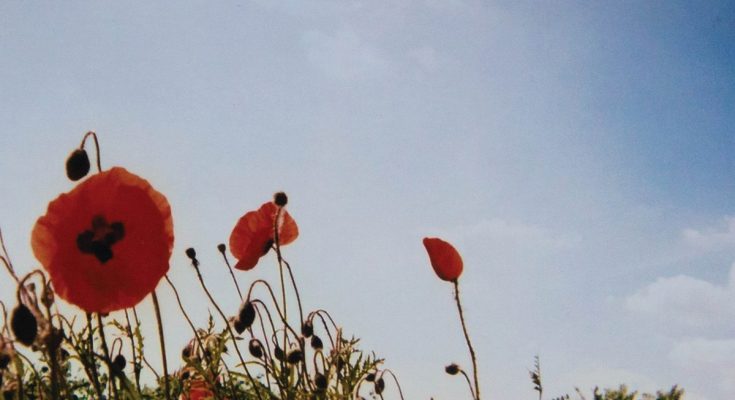 There is one thing that I have observed about the Netherlands underground scene is actually how little this country has contributed to black metal music. However, there are a few bands that are considered exceptional like Carach Angren, Liar of Golgotha, and Vaal. Recently I came to discover one of the hidden gems from the Netherlands that might be familiar to some. Over ten years, the trio gave their band Fluisteraars a unique appeal. Within the current discography of the band, the now remaining duo Mink Koops (guitars, drums, bass) and Bob Mollema (vocals) has developed its musical aspect building carefully an innovative formulation of atmospheric black metal. Fluisteraars‘ aesthetic value is quite different from the Scandinavian black metal bands, although the band meticulously weave their charming melodies and implement the traditional patterns of black metal. There is yet something very eccentric about the music in general, the first of this sonic aesthetic is the slow build of the songs.

In every moment of the band’s third album, Bloem, the songs concentrate on beautiful and hypnotic tremolo pickings. Fluisteraars seem to find the inspiration from the beautiful and graceful nature of lavender fields and the blossoming flowers that sprout to the empyrean blue heavens. Therefore the opening track Tere muur echoes across the vast landscapes of embedded tremolos and the dazzling melodies that disquiet the mood. The musical template and the detailed melodies shimmer across the beautiful sonic canvas and create a somber atmosphere. Bloem has a melancholic quality but also invokes the deep and brooding rhythms of Drudkh.

The album is saturated with compelling melodies that will make you instantly fall in adoration. Even the vocals often sound dark and melancholic. With the second track blooming into the light, Nasleep is enhanced by the aesthetics of the duo the tremolo-picked riffs are widely manifested and create a unique aura of ambiance. The constant convulsion of blast beats explodes with colorful motions filling the song texture with harmonies. Together Mink Koops and Bob Mollema beautify the basic structure of the songs with clean vocals that have a folk quality to it. In a purely atmospheric form of black metal, Fluisteraars combine different instruments and as a result of these proportions and repetitions you’ll come to observe many concealed melodies that are kept somewhere within the texture.

During repetitive listens of the new album, Bloem reveals its romantic art for melodies. Eeuwige Ram is a beautifully emphasis on the slower mid-tempo sections. The guitar, for instance, creates many emotions and is remarkably produced by charming melodies. The musical aesthetics of Fluisteraars blooms gradually by each track as it brings forth the value to the album. And I must admit that the melodies on Bloem are full of hooks even when it comes to the bass guitar and its gentle buzzing.

The duo arranged a set of catchy and harmonizing melodies by filling each song with a range of tonal harmony. And rather than using synth, Mink Koops creates unique chemistry between strings and trumpet. Fluisteraars’ soothing melodies and calming tremolos create many different atmospheres. Vlek is more direct and begins with a blistering tempo. Here Bob Mollema‘s vocals are impressively performed as they capture the style of Norwegian black metal. Vlek also contains many musical variations proving how Fluisteraars can twist elements from atmospheric black metal to folk music.

The greatest part of Bloem is the effect of the vibrant guitar melodies that capture your senses. Maanruïne is detailed with elegant guitar arrangements. The soaring tunes create wonderful images. From the burst of blast beats and the focused jet of tremolo pickings repeatedly keep on echoing while the acoustic guitars and trumpet are paired to fill the background with a warm sensation. The melodies cascade in torrents allowing you to embrace the final moments that are strummed by the acoustic guitars. Bloem is an outstanding release and one of my favorite black metal albums of the year 2020, the album is highly recommended for fans of Drudkh, Empyrium, and Agalloch.

One thought on “Fluisteraars – Bloem”