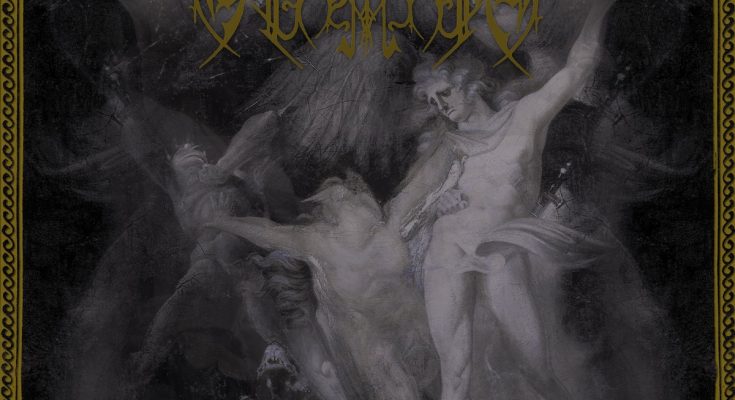 Gardsghastr is an international black metal outfit comprising members from Chaos Moon and Bekëth Nexëhmü. These two forces have joined together and created a sublime debut album, that evokes the early style of the 90’s black metal. Slit Throat Requiem is released through Profound Lore Records and it is perfectly fitted in the canon of symphonic black metal. The finely detailed ornaments of orchestral symphonies and resounding synth creates a suspenseful atmosphere throughout the album. The majestic grandeur is wrought by the raw and lo-fi production that provides unprecedented value to the songs. Which reminds me of timeless albums from black metal bands such as Setherial’s debut Nord, and Emperor’s first full length masterpiece album In the Night Side Eclipse.

The masterful performance of the guitars are handled by Alex Poole and Swartadapuz from Bekëth Nexëhmü and Musmahhu. Slit Throat Requiem comes in seven full tracks of blistering black metal fury and ends with a hypnotic outro. Most of the tracks are lengthy, lasting for eight to seven minutes of one hour duration. The most eerie sounds on the album are produced from the synth, where the melancholic mode penetrates through the song texture while the guitars sound varied and heavily distorted. Gardsghastr is a raw black metal caliber that doesn’t only center upon the symphonic elements. The musical context of the album is quite eccentric and fixed on high creativity hence, making this album sound very unique.

Guitars can be distinguished from the shredding tremolo pickings and catchy riffs yet there is a deep perspective approach to the music. The opening of the album will send chills down the spine when the fast and constant blast beats hits incredible velocities. Promethean Flame begins with lush synths which produce cold ambient soundscapes and they are beautifully crafted by S.Blackburn. Gardsghastr is fronted by vocalist Glömd who adds a sinister tone to the music by spewing venomous verses. The music is mostly raw and aggressive like most of the Swedish black metal bands and they cunningly combine the cosmic symphonies of the Norwegian black metal style. Relatively the drums are executed by J.Blackburn who is set to bring the destructive force from the crushing cymbals and blast beats.

There are many other influences from the early albums of Abigor “Supreme Immortal Art“. The second track Of Crimson Eyes is splendidly layered by the synth work where the awe-inspiring symphonies creates an ambiguous themes. Malicious rasps that conjures the ghostly atmosphere, Gardsghastr gradually surpasses into a magnificent opus. Guitars provide a catchy rhythm and icy melodies that will freeze your soul. The musical direction is pompous and very symphonic, as it captures the essence of middle age fashion.

On Slit Throat Requiem the dark elements are cast into the magical cauldron to form a haunting sensation. The quintet equally balance the aggression and the cold ambient surroundings. The song stretches to further soundscapes where the moonlight crescendo and the enchanting tremolo pickings dominantly allures the listener. While the nightmarish rasps conjures up the images of haunted medieval castles, the music transports you to the ghostly landscapes.

Journey through Stagnant Time and Misery maintains the ornate style of orchestral black metal, the menacing rasps that brings the sense of awe and mystery. Helmed by the Infernal black metal riffs and scourging tremolos. Yet with every passing moment the album manifests its dark elements from the cinematic artistry and beautiful synth layering. Gardsghastr isn’t a band that is only obsessed by nostalgia, and despite of the similarities here to other the black metal bands such as Satyricon, the band has cleverly crafted their own sound.

Beast of Horn and Wing contains many thrilling moments where the music is emphasized on suspenseful symphonies which also reveals the mastery guitar work and superb percussion. The ominous atmosphere clearly shows the magnificent talent from the members who have unwrapped this grandeur opus. The extended guitar melodies on Diabolical Reverence also reveals the role of the guitarist Swartadapuz whose icy cold riffs captures the essence of epic black metal riffs. The drums are mainly fast and remarkable, and hits the speed of light then shifts into mid pacing.

The closing track Unfurl the Profane Wisdom is dense and sophisticated track soaked by eerie synth. As in whole Slit Throat Requiem embodies the purity of black metal majesty which was lost and long forgotten. This is a spectacle album achieved by professional musicians who have forged one of the best black metal albums in the post millennium age. Spiritually and musically inspired by the gods of the second wave of black metal like Emperor, and Satyricon. Gardsghastr’s debut album is highly recommend to the fans of the 90’s Nordic black metal era. 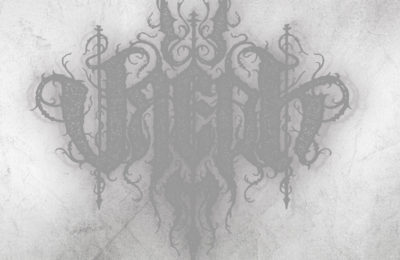 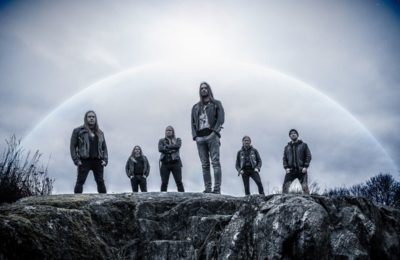 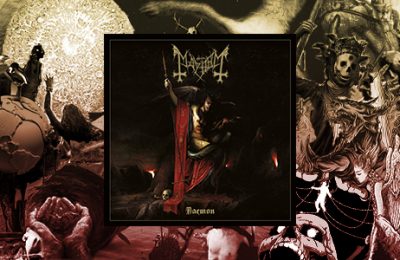