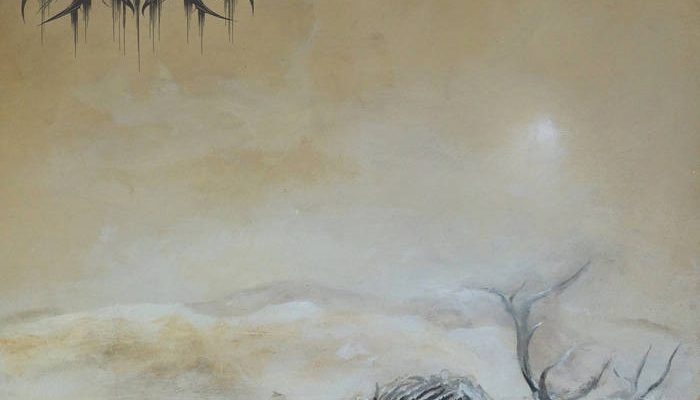 Of Rot and Ruin is the first full length album from New Jersey death metallers Hath. Their first release, the EP Hive, made it clear that this band has some serious potential. Since they were still figuring everything out and learning a few things, it can only get better, right? The band started off as a project between Frank Albanese and AJ Viana, and were later joined by bassist Greg Nottis for their EP. Since their EP, they are joined by guitarist Peter Brown and are signed by Willowtip Records. Now, with their debut coming out, everyone can get ready to get our asses kicked from this relatively underground outfit.

Three singles were brought to the surface of the internet for us to enjoy, until the album is released. The first of which was Usurpation, which was released on the 30th of January. As soon as the song starts you hear bells, ushering the song and its dynamics. The 6 minute track is filled with death metal goodness with black metal hints and even progressive hints.

Currents, their second release, showcases even more of the diverse potential of the band. With a acoustic little intro that quickly evolves into fast riffage and blasting drums. Certain melodic threads leading through the song cling to the black metal vibe. Yet with technical riffs and great solo work. Currents is certainly vigorous enough to entertain throughout the whole song. Another great single.

The latest single is called Accursed, and was released on the 4th of March. Some more atmospheric vibes were given instantly. While starting off slower, the transition is effortlessly and gives the song a powerful ambiance. The great vocals provided by Frank Albanese go really well with the constructive elements of Accursed. I think these three songs are excellent choices to release as a single, and give a good taste of what’s more to come. While this might be a debut record, the singles absolutely give you an other impression.

Another example of the musical diversity these guys provide you with, is the track Rituals. Clean guitar work to differ from the brutal parts, and multi layered vocals. While switching between certain parts of the song, the sound stays tight. Musiscianship is clearly present within this band, as well as originality.  I find it impressive that a band that is relatively new, sound so sure of what they are doing. With this confidence they forge high quality music.

The track Worlds Within has a serious, gloomy yet melodic vibe to it. Switching from acoustic, to undeniable headbang-proof parts, back to the enchanting melodies they created altogether. They do not shy away from the progressive parts as well as the black metal influences. The combination is truly a great experience.

With nine songs on this album, there is enough to keep you enchanted throughout every song. The songs are rather long, which is understandable with so many aspects in one single song. But still, it has to be up your alley of course. But, if you don’t mind a longer song with many added dimensions, this is absolutely the album for you.

This album is a must listen to, in my opinion. This fresh band will not disappoint. On the contrary to be honest. Hath have proven themselves big time, and have gone lengths with their musical abilities. This resulted in a hell of an album, that should not be slept on. Support Hath!