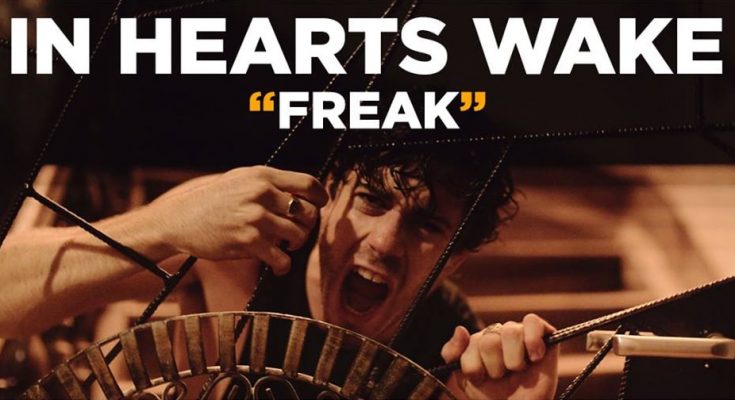 In Hearts Wake have released a video for Freak: taken from Spawn (Again): A Tribute To Silverchair, out now on UNFD. The track received its world premiere on Berlin’s Radio Fritz as the band gear up for next year’s huge European support tour with Heaven Shall Burn.

Created with the blessing of Silverchair’s team, Spawn (Again) features the likes of The Amity Affliction, Northlane and Tonight Alive putting their spin on classic Silverchair hits from their stellar discography. The band’s frontman Daniel Johns says he feels honoured by the forthcoming album.

“At first I didn’t know what to think of this album concept, I guess it never really dawned on me that a Silverchair tribute album would ever be a thing. It’s funny though, sitting down and listening to the tracks I felt a strange reconnection with these songs, most of them I wrote when I was a teenager. I appreciate the time these bands have taken to record these new versions of the tunes.”

“Our recent headline tour passed through Germany and they were some of the craziest shows we’ve ever played. We were so excited to hear Radio Fritz prermiere this version of Freak, and the video was recorded in an abandoned stairwell in Leipzig! We can’t wait to be back in March with Heaven Shall Burn, August Burns Red and Whitechapel. Unleash the inner FREAK!”