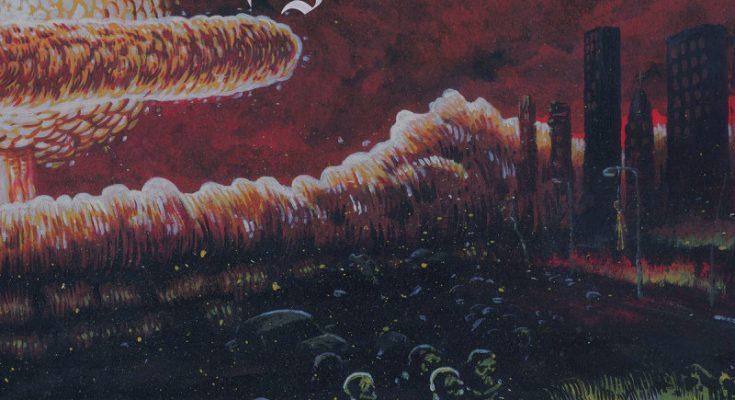 Swedish Highrider is a quite young formation that came into existence in 2013. The guys got together out of wanting to make hardcore inspired music with a different and creative twist. And that’s what they deliver on the EP Armageddon Rock, released through The Sign Records, a label that has lately been releasing really interesting works. They describe the whole experience you should get when listening to the music to be cinematic and nuclear.

The EP opens with threatening and ominous organ music as if you’re attending a church of doom. And it’s actually the end of the world they’re preaching. Lyrically and thematically Highrider thrives on the atmosphere hanging around during the cold war in the eighties and created in a lot of the sci-fi movies of that period (like e.g. Carpenter’s work). The world is going to shit and the end of it is unavoidable. The speech by J. Robert Oppenheimer about the “Trinity” nuclear bomb testing at the end of The Moment (Plutonium) definitely adds a lot to the imminent threat that they’re trying to voice.

We knew the world would not be the same. A few people laughed, a few people cried. Most people were silent. I remembered the line from the Hindu scripture, the Bhagavad Gita; Vishnu is trying to persuade the Prince that he should do his duty and, to impress him, takes on his multi-armed form and says, ‘Now I am become Death, the destroyer of worlds.’ I suppose we all thought that, one way or another. – J. Robert Oppenheimer [

As said earlier, the music is rooted deeply in hardcore. The rhythmic guitars and the mostly shouting vocals really supports this claim and gives it a more aggressive vibe. But they managed to add quite some melody to it as well. This was accomplished by pouring a sauce of seventies inspired classic rock over the songs in the veins of Deep Purple and Hawkwind. The organ they use throughout the whole album is, at the same time, a really nice and weird touch. It’s definitely not something you’d expect in hardcore.

The more I listen to Highrider‘s debut EP, the more I can appreciate it. Though I’m still wondering if I’d be able to listen to a complete album of exactly this style. Don’t get me wrong, they’re a positive surprise musically and I really like them trying something different. I’m just curious if they’ll be making some progression towards their next possible release and keep on surprising me.

This release is a nice fresh wind, you should give it a try for sure, you might really like it. Especially fans of music in the lengths of The Sword and High On Fire might find this a nice addition to their collection. Personally I’m not completely convinced yet, looking forward to the band’s future steps. 7/10 for at least making me consider running to the bunker for shelter. 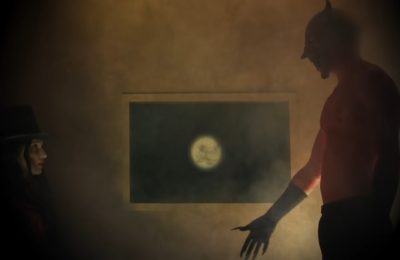