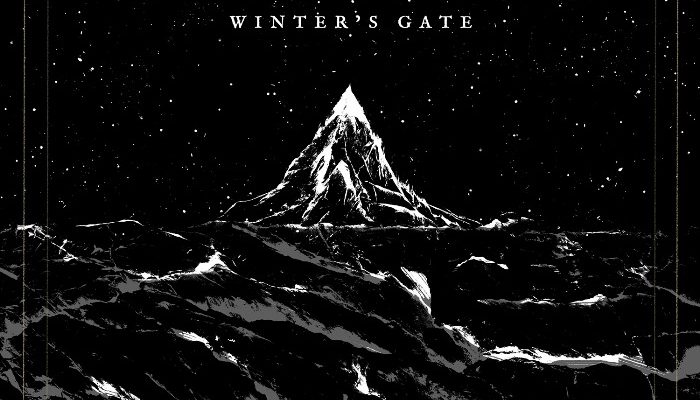 When I heard that Insomnium was soon releasing the follow up to their most succesfull release Shadows of the Dying Sun (2014), I -together with a lot of fans- got really excited. The Finnish melodic death metal bands stands for highly melancholic and uniquely crafted music with a sadness and often coldness somehow only Fins can bring. Gradually more information got released of the release and Insomnium had a really active promotion going for them. After the succes of the former album, the guys decided they didn’t want to lay back, but challenge themselves. They came up with a concept album revolving around the short story Talven portti (Winter’s Gate) written by the band’s vocalist and bassist Niilo Sevänen. If that’s not interesting enough yet, they decided to make the musical epos called Winter’s Gate a one-track album with a song of 40 minutes. I’ve been looking forward to what I believed could be the album of the year and then here it is! So like their press release says:

“So brace yourselves and tighten your cloaks. Once the gates will be opened the cold breeze will spread to every corner of the land. And the winter will come.”

You could think that making a one-track album of 40 minutes could be a risky undertaking. Not only because of the massive work and dedication it takes to record such a creation. In today’s society everything needs to go fast and you can’t exactly skip a song in this case… On the other hand I’m impressed by the balls it took of the band to say “Hey! We’re making one hell of an epic thing here, you need to sit down and take your time listening at our creation like it’s meant to be.” Too bad they had to split it up in 7 “tracks” for online streaming services because -like the band says- “they can’t handle the epicness of a 40 minute song!”. Anyway, when you’ll be listening to Winter’s Gate you won’t even notice the length of the song. It sucks you in and sticks you to your seat making time pass faster than you’d expect, just like a good movie does. In that matter Insomnium managed to sculpt a certain atmosphere with just their music and voices that makes you feel as if you’re living the story yourself!

The story itself revolves around a group of vikings, greedy for loot and treasures, that decide to search for an island despite the near winter’s storm. Arriving at the island they find empty villages and in the middle a big mountain with a huge gate in it. When winter comes, the Winter’s Gate opens up and death roams the land… It’s a great and epic story, if you’re able to, please do read the short story at least once while listening to the song they made of it. It’s really the perfect fit, it’s like getting a soundtrack to the book. If you’re lucky enough to get the artbook edition of the release, you get sober yet imposing illustrations from Finnish artist Teemu Tähkänen to go along with that. At the end of the artbook there’s a section with the lyrics written down and here you can see that the song got divided into 6 “takes”, just like a play, that each has its own theme or specific happenings, the next step in the story.

We get introduced to the setting by the sound of winds that slowly gets taken over by some atmospheric music. After about a minute and a half the metal kicks fully in and it does sound like the melodic death metal you’d expect from Insomnium. But here you already hear a big change in the sound: it sounds fucking epic, majestic and almost bombastic! Here you can already find a bit of the cold sound of true Scandinavian black metal that has been laced through the music on Winter’s Gate. Niilo‘s deep death metal vocals sound absolutely perfect and dispite the guttural sound, cristal clear. In the act The Golden Wolf you hear a really strong piece of progressive death metal that could’ve fit in perfectly with the older work of Opeth. Going from death metal to more calm pieces and even acoustic parts with deep vocals as a voice for the impending doom combined with clean vocals. This continues on in At the Gates of Winter with layer upon layer of perfectly crafted music that’ll make any music lover wet his/her pants. Fading out with an orgasmic guitar solo we stumble into a moment of piano or keyboards most likely composed by Aleksi Munter (Swallow the Sun), their “synths-for-hire” since Above The Weeping World. This takes the tempo down to introduce The Gate Opens. In this act winter is here and the impending doom is released through the mountain gate. Very fittingly we stroll into a doom/death metal partition that would be fitting for any band in the veins of Katatonia. In The Final Stand the vikings get devoured by the monstrosities send by winter, which gives the ideal setting to crank up the black metal influences even more. The music would fit any high quality black metal band and despite the rather death metal vocals it’s a match made in wherever wonders happen… To guide you catching your breath after this unique experience they end the album with some breathtakingly beautiful acoustic guitar soloing and piano to slowly fade out in the winds you heard at the beginning of this epos.

Winter’s Gate is simply the (metal) release of the year, I still can’t see anyone top this. The concept and execution by Insomnium is just absolute perfection and I can’t find a single flaw in this progressive masterpiece. The level of their artistry is reaching never before seen heights and it makes me wonder how they’re going to challenge themselves next time. The first time I listened to the track, I immediately had the urge to put it back on and that’s something I don’t have with many releases. In the mean time I’ve lived through the tale with the characters Asbjörn, Sigurd and Sine at least 20 times and I’m still not tired of listening to it. As you might have guessed already, I’m giving them a 10/10 and if I could’ve given more I would have, thank you Insomnium for creating this and thank you Century Media Records for supporting this crazy project. I’m looking forward to see them bringing this epicness live to the rest of Europe in the beginning of 2017! Now I’m going back to listening to the album to emerge myself yet again into a different world.

One thought on “Insomnium – Winter’s Gate”