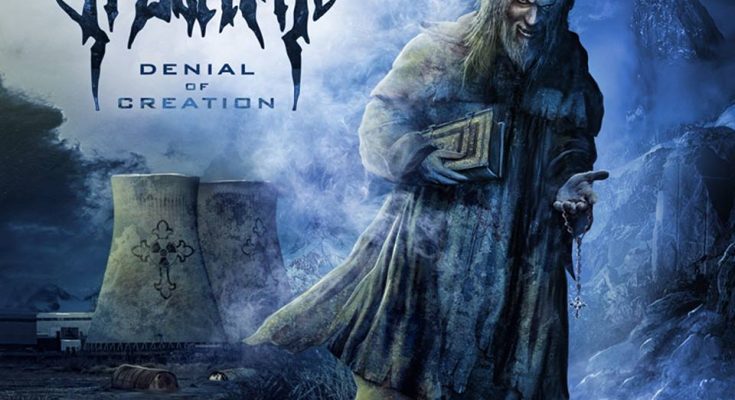 These guys are just amazing! Blackened thrash metal at it’s finest. With Markus Leitner (guitars/vocals), Mario Jackisch (bass), Thomas Leitner (drums) and Craig Hauser (guitar), all from Austria, the sounds and melodies their band produces are just a joy to behold! With several lineup changes over the years, Irdorath finally found a great combination of people which works with their musical ideas. Some of them even switched instruments for the good of the band. Since 2005, Irdorath released 3 albums, one of which is “Denial of Creation”. Personally, I haven’t heard the first two but definitely have to check them out because the latest one is pure gold!

Their music is a fine combination of black and thrash metal with lots of other influences. Very neatly constructed thrash riffs are all over the album and give an overall nice feeling to it. It makes it enjoyable for the whole listening time. A nice structure is seen in every song, even with intros and guitar solos who seem to be perfectly planned and implemented, not just loosely played. The sweeping riffs, especially heard on “Trail Of Redemption” and the amazing double bass drum are just an eargasm!

But my favourite definitely has to be “Sacred Deception”. You can hear a clear Bathory influence on the melodies played on this song. It’s a very nice touch, taken into consideration the speed of the songs, and all of a sudden comes this very chill and relaxing moment … I love it! “The Curse That Haunts The Earth” has a very nice groove to it and proves to be the best headbanging song on the record.

The vocals are surprisingly very clearly heard and understood. Lyrics don’t only consist of worshiping the Dark Lord, but as well some as common topics like society and modern philosophy.

The bonus track is a nice surprise and a fitting ending to this great record. As I am writing this article I am thinking of ways to get my hands on those first two albums. In the meantime – you go listen to this, and you better enjoy it! I hope to hear more from these guys who clearly know what they’re doing, and maybe even seeing them live. I as well hope that they will work on their corpse paint up until then, because now it’s too simple and seems a bit boring.

Release date: June 23rd, 2017
Label: Wormholedeath Records
Tracklist:
1. Devoured By Greed
2. Trail Of Redemption
3. Sacred Deception
4. The Curse That Haunts The Earth
5. Purification
6. Covenant Of The Unbounded
7. Blessings From Above
8. In The Name Of Decay
9. Denial Of Creation
10. Die Rache des Baumes