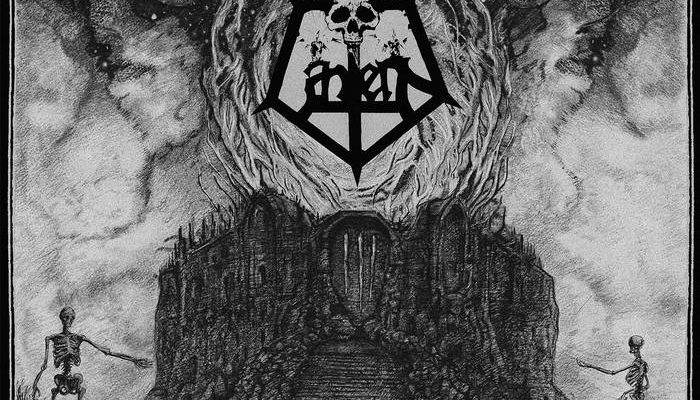 Finnish death metal band, Lantern, has finally returned with their highly anticipated, new album. Since the band’s inception, the duo Cruciatus (guitars, bass, drums), and Necrophilos (vocals) offered a true embodiment of classic old school metal. Yet the newest album, ‘Dimensions’, epitomizes the stylistic trademarks of modern death metal. This is to say that the band has crossed past the pre-eighties style of extreme metal. Lantern has established an individual sound with untraditional musical values compared to other Finnish death metal bands. Having formed in 2007, the band’s discography contains numerous demos and EPs. The band has gradually maintained its songwriting skills as they merged the raw patterns of death metal and the obscurity of the morbid pitches of black metal. With the right amalgam of death, thrash and black metal, they incorporate the modality of bands such as Celtic Frost and other influences from the Finnish death metal bands such as Corpsessed and Adramelech.

While the sophomore, ‘II: Morphosis’, encapsulated these hallmarks, the newest album feels widely sophisticated and faster than the previous offerings. The opening track, ‘Strange Nebula’, shows how Lantern extended the limits of sonic velocity. With the strong effect of the guitars and the churning riffs, the drum’s performance has become more diverse. The riffs seem to flow powerfully, driven by a hoarse kind of growls. ‘Dimensions’ sounds modern. The brilliant work of the guitars is measured by the rhythm arrangements. Even though the songs are refined, they sound impressively complex, yet powerful. On ‘Dimensions‘ the songs reach the utmost climax. With the churning maelstrom the whirring machinery of the riffs is never at ease.

The album is rife with fast-paced drum sections and melodic tentacles that imbue the tracks with sonic vitality. Through the following track, ‘Beings’, they intermix the solid compounds of raw drumming and atmospheric death metal. The dynamism feels funneled through the fragmentation of discordant chords. The high powered dynamics and the lashing typhoon of riffs generate a sort of terrestrial atmosphere. Lantern utilizes tremolo pickings as well and with an intense riffing technique, they create thick layers in the song structure whilst the drums sound brutal and fast. These attributes definitely give the album a superior quality compared to the sophomore. At times the lead guitars create some kind of celestial effect. The tracks also link between the elements of doom and death metal.

Lantern makes use of the slow moments and builds up a transition shift to the songs. ‘Cauldron of Souls’ illustrates the renovating and chaotic style of the band with intricate musicianship and focused riffing. The drums burst into high velocity with solos speeding up to an incredible pace. Lantern accelerates beyond the spectrum of the usual patterns of old school death metal. The duo also showcases the progressive touches, turning their craft into a musical expansion of greatness. From the chord variation to the swelling riffs and dynamic guitar melodies, all transcend to a greater level of innovation.

Among the most effectual elements of the third album is the contrast between the lead and the rhythm guitars. The high gruff vocals add another texture to these dark and energetic songs and boost powerful vibes to the album in general.

‘Shrine of Revelation’ suddenly segues into a technical riffing style which provides many facets to the band’s sound. Lantern isn’t quite rooted in one particular sound: their songs interact with black metal and doom metal. Thus it provides multilayers of complexity. Although this song has a powerful aspect, it soon slithers into the reverbs of doom metal. This multifaceted approach allows the songs to navigate through spacious territories. Cruciatus and Necrophilos both succeeded in interweaving these components.

The final track ‘Monolithic Abyssal Dimensions’ is the longest cut of this album, extending to fourteen minutes. It begins with a cacophony of bass guitar solos and crashing cymbals before everything goes into a rapid pace. The magnificent tackle of the guitars left me amazed by the process of mutation, with sophisticated guitar arrangements making the song shape-shift, while the eerie undertones echo in the background. The song composition provides a transcendental transformation and stylistic variations. ‘Dimensions‘ is arguably the album which I have looked forward to the most from this Finnish duo. This thirty-nine-minute magnum opus is aptly achieved by a high lofty work of intellectual brilliance. Lantern’s exceptional musical style isn’t quite parallel to the current wave of death metal bands and comes as a very highly recommended album. 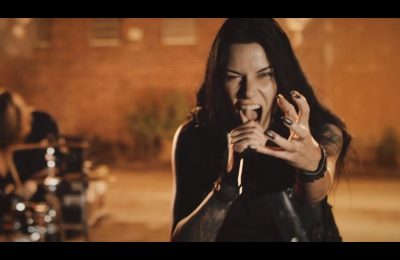