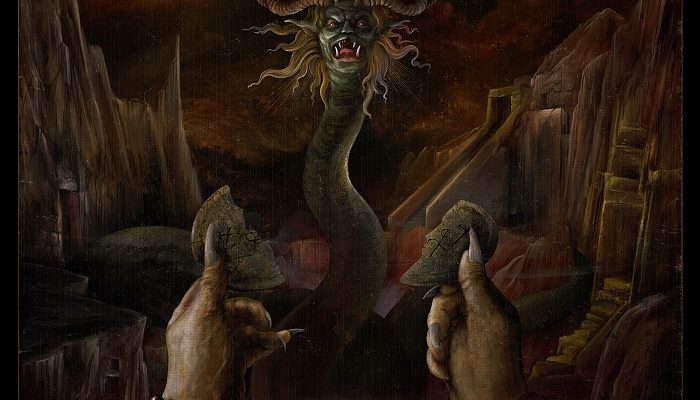 NoEvDia and Dark Descent Records unveil the third full-length album ‘The Broken Seal‘ of London’s blackened death metal outfit Lvcifyre. Following the trend of the obscure malevolent death metal, the band has become a staple in the British underground. Sounding in between bands such as Incantation, Grave Miasma, Teitanblood and Dead Congregation, their music often exhales the inexplicable atmosphere of slow doom and the bestial primitivism of black metal. Extending beyond their previous work, the songs are filled with sinister malevolence to match its evil barbarity. Lvcifyre continues to forge its hellish crescendo and with the latest album, the trio of T. Kaos (guitars, vocals), Menthor (drums) and, Cvltvs (bass guitar) ventures into the depths of the searing abyss.

The blasting furnace in the album opener ‘Gods Await Us‘ is a brute manifestation of diabolical chaos. While taking a leap towards unsteady tempos, the songs spew a profane malice of reverb drenched vocals. Lvcifyre takes more of a furious approach this time as the newest album is set to inspire those who seek a chaotic slab of death metal. The drums wield pummeling brutality on the opening moments of ‘Tribe of Khem‘ with plenty of old-school hints to Morbid Angel. You can hear dark malignant riffs increasing the harshness of the sonic quality. The violence of the blast beats captivates your senses, even though there are some slower moments that become so overwhelming for the inflected chaos.

However, Lvcifyre has provided a firm basis for the song structure. The swift eruption of the drums blisters with fiendish growls. The guitars serve something more substantial forming a pitch-black atmosphere so ominously evil. Suddenly all hell breaks loose on ‘Black Beneath the Sun‘. The concentrated machine gun riffs emanate an unholy force as a supernatural atmosphere oozes through the intense blasting fury. ‘The Broken Seal‘ conveys technical proficiency. There are plenty of scattered elements of old school death metal all over the songs. Often these roots are traced to the primeval brutal death metal. ‘Headless Rite‘ brings an odd concoction that blends black and death metal, taking you close to the very brink of the abyss.

To a certain extent the guitars on ‘The Broken Seal‘ combine virtuosity: the technical guitar solos are well textured with Trey Azagthoth‘s styled riffs as the demonic atmosphere unfurls like a twisted symphony from hell. The tenebrous opening of ‘The Wolf of the Great Dark‘ proves that the duo opted to craft something intense. The melodies have their own hypnotic and bewitching unearthly feel, serving a perfect occult backdrop.  This dense, bewitching track melds frenzied solos and grooves and stands as one of the highlights of the album. Lvcifyre‘s songwriting skills have evolved from the embrionic phases of ‘Svn Eater’. The trio has managed to push the boundaries to a whole new level.

The influence varies from the Polish and the U.S. death metal, although the brutal aspect remains the same. ‘The First Archon‘ sets obscure boundaries of occult elements. In a way, the songs are multidimensional and defy all that the band has released in the past. The drums are diverse and complex maintaining a perfect balance. The vocals often sound similar to the Polish black metal band Cultes des Ghoules. Lvcifyre does not just continue in one direction: among other influences from death metal, ‘Blood of AZ‘ presents a modern style of dissonance that brings Deathspell Omega to mind.

The demonic effects of the vocals blend well with just the right amount of tremolos. The guitar effects and the crashing drums build up an immense sonic reverb. Submerged in thick riffs and blast beats, Lvcifyre manages to sound very atmospheric at times with enough straightforward dynamics unleashed by the drums. The closing track ‘Black Mass‘ begins with foreboding evil soundscapes. Exploring deeper into the occult black meta,l the vocals here will creep you out. Another extraordinary feature is the dark, unceasing quality that adds a sense of darkness from the striking drums. Juxtaposing the demonic chants, an eerie sense permeates the palpable atmosphere.

Now opening up the portal into deep darkness, ‘The Broken Seal‘ will leave you all tottering on the brink of the abyss as it displays an immense scale of dynamic forces and unleashing a barrage of riffs where it covers the obscure domains of blackened death metal brutality! 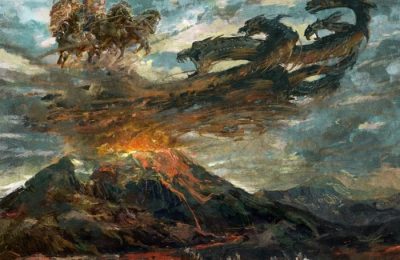 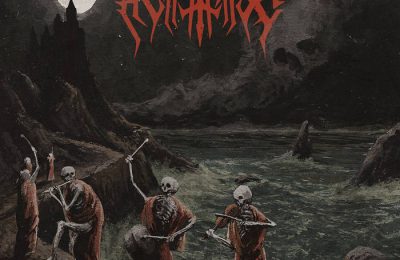 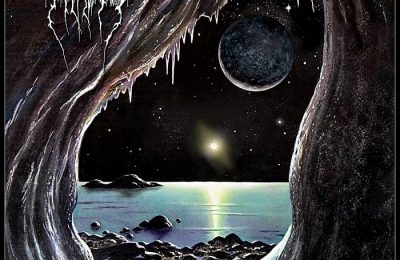