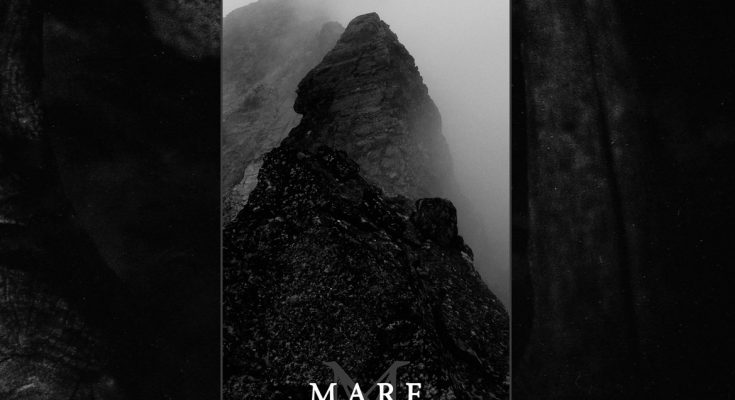 As originators of the so-called Nidrosian Black Metal movement, the Norwegian band Mare has finally released their debut full length. Hailing from Trondheim, a city with a rich black metal scene, the mysterious entity has previously released some outstanding demos and EPs (of which Spheres Like Death and Throne of the Thirteenth Witch were the most notable) and presents what would easily be the most anticipated debut album in contemporary black metal through Terratur Possessions.

Mare dubbed their take on black metal – arrogantly or not – Nidrosian Black Sorcerous Art, which is quite a fitting description of both their music and appearance to the outside world. Mysterious as they may seem, the band consists of quite well-known members from the Nidrosian scene: for example vocalist HBM Azazil is active in bands such as Dark Sonority and Vemod whereas bassist Luctus plays in Darvaza, One Tail, One Head (where drummer ⷚ also handles drum duties) and Ritual Death. Also noticeable is the fact that next to Mare’s debut full length some of these bands (namely Ritual Death and Darvaza) released some material through Terratur Possessions on the same date.

Musically speaking we get an extremely thought-through album (what did you expect after 8 years of brooding in silence?) that honours the traditional Norwegian black metal sound – references to Mayhem’s classical debut album De Mysteriis Dom Sathanas are never far away (especially in the third track These Foundations of Darkness, where HBM Azazil’s vocals tend towards the sound of Attila Csihar) without being a blatant copycat.

Ebony Tower is always in motion, always flowing steadily towards that unmistakable climax. Expect no album made of countless blastbeats, don’t hope for an overdose of aggression. Mare is all about setting a dark, menacing yet melodic atmosphere by means of intricate, sometimes tremolo-picked riffing with here and there a hint of dissonance (just listen to the last few minutes of Nightbound, once you get over the stunning bass intro!). Nightbound is easily the best song of the album – but the rest doesn’t fall far behind and still reaches a sky-high level. Another thing that’s worth noting is the vocal performance: there’s almost no typical black metal shrieking to be heard, but most of the songs are spiced up with almost sacral chants which add a huge value to the occult atmosphere. On top of that we hear an excellent mix in which every instrument is clearly audible, all working together to form that symbiosis that is a good sound.

Mare put forward an album that absolutely honours the originators of the genre, without rehashing what has been done before and with a huge sense of coherence. Upon release date the following statement was sent out:

“This isn’t a show, this isn’t a gimmick. This is real Black Metal how it always was meant to be”

For once, an arrogant statement made by a black metal band that isn’t complete bullshit. In fact, they’re spot on. Black metal album of the year? I dare say so!