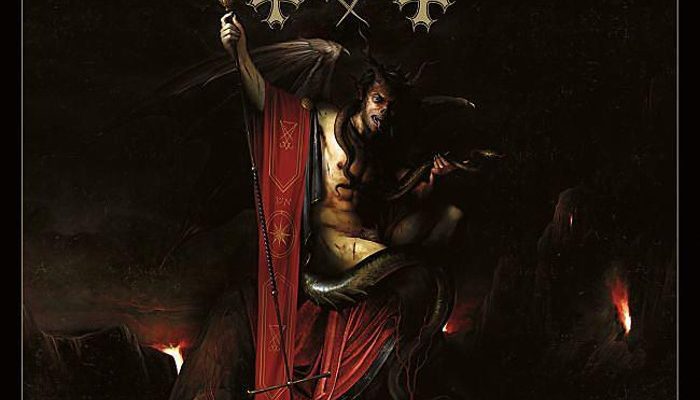 One of the oldest black metal bands from Scandinavia is the Norwegian elite black metal outfit Mayhem. Founded by bassist Jørn Stubberud aka “Necrobutcher”, drummer Kjteil aka “Manheim” and guitarist Oystein Aarseth aka “Euronymous” in 1984.  In the early years of formation the band was influenced by a number of acts such as Bathory and Hellhammer that seemingly was the cause to bring black metal into a new evolution. During the transitional phase of 1988 to 1994 the band witnessed a drastic growth and become an influential band in Europe. Musically Mayhem were the first to reshape the Norwegian black metal scene by extending to unprecedented expansion. It was around the year 1994 when Mayhem released their classic album “De Mysteriis Dom Sathanas”. An album which was the quintessence of the band that also defined the Norwegian black metal music.

Mayhem have been long carved in the history of black metal, the era of Euronymous set the foundation for the black metal evolution. Therefore many fans believe that band achieved its quest with Euronymous. After the reunion the constant advancement was witnessed in change of style with the band’s 3rd album “Chimera”. That had a direct accentuation on brutality leading to their most experimental craft “Ordo Ad Choa”. After many years of waiting Mayhem has finally unleashed their most sonic abomination to date. The current lineup is composed of old and present members with Necrobutcher on bass guitar, Attila Csihar on vocals, Hellhammer on drums, Teloch and Ghul on guitars.

The frenzied moments of the opening track The Dying False King which turns the sound into pitch black. The track is accompanied by the sudden eruption of Hellhammer blast beats as the guitars proceed spewing the cold dissonance along the excellent humming bass guitar of Necrobutcher while Attila providing his demonic vocals. Mayhem sets a compelling and dreadful tone for the album, and there are many abstract elements of De Mysteriis Dom Sathanas which can be uncovered. On the following track Agenda Ignis, Hellhammer brings forth a dynamic momentum however the track becomes centered on cold and menacing reverberation. With creepy vocals emitting eerie atmosphere whereas the drums approach feels more chaotic swerving into a menacing mid tempo. On Daemon Mayhem possesses an evil and malevolent sensation, the main composition are focused on versatile atonal riffs.

Daemon is a paragon of the modern age of orthodox black metal despite of the many line-up changes the latest formation of the band feels coherent. The most staggering moments are featured on the third track Bad Blood, a fabulous exhibition of violent tremolos and chaotic drumming. Attila proves on the album that he has always been the best vocalist for Mayhem. His dark hysteric and ritualistic singing are parallel to the malicious music. Daemon is a conglomeration of vicious ideas and musical patterns extracted from the past albums.

Mayhem found the inspiration and unique idiosyncratic musical style. Therefore, Daemon is a successor of DMDS album and its musical contents invokes the sublime order of black metal. From the sense of dark and ambiguous nature of Malum where the band creates a dreary landscapes in your mind. To the spellbinding performance on Falsified and Hated is achieved by labyrinthine patterns of raw and complex black metal. And the innovative touch of ambient elements that makes the music swell. Daemon isn’t a straightforward album where you expect the blast beats to be the main focus. There is an excellent rendition of transforming the riffs from tremolo pickings to dissonance.

Teloch has a talent for spewing the dissonant riffs and the song texture are dense and flawlessly crafted. Attila gives his best performance to date, his talents of altering grim operatic vocals to sudden shrieks and screeches are mind blowing. Mayhem on the new album takes you into a journey through the abyss, Aeon Daemonium for example follows into the somber melodies of menacing black metal. There is also a versatility in the tempo, the eerie insidious riffs that makes each moment here so dark is nothing but a work of pure art. Worthless Abominations Destroyed is triggered by the evil sounding riffs that creates an atmosphere of horror. The dark sensation which emits from the tremolo pickings has a sinister and morbid tone.

Daemon Spawn begins slow the malefic riff on this enthralling track will captivate the hearer with query melodies set into the mid tempo. Lashing further on proverbial riffs that will rip your soul apart. On the ninth track Of Worms and Ruins, the emphasis is put on Hellhammer’s blast beats. Almost each guitar tone is mesmerizing including the tenebrous melodies and rhythm. Invoke the Oath possess the listener by the hypnotic riffs, while the tremolo technique here are unmatched. Fusing cold riffs of dissonance that inter flows in the mid tempo. Mayhem on the latest achievement grasps a unique and pedagogical approach to black metal. Daemon is an accumulation of dark forbidding patterns, Mayhem‘s latest sonic craft is a magnum opus of orthodox black metal.