Home Death Metal A message from Brutal Assault: a Macabre Suffocating Aeon is upon us! 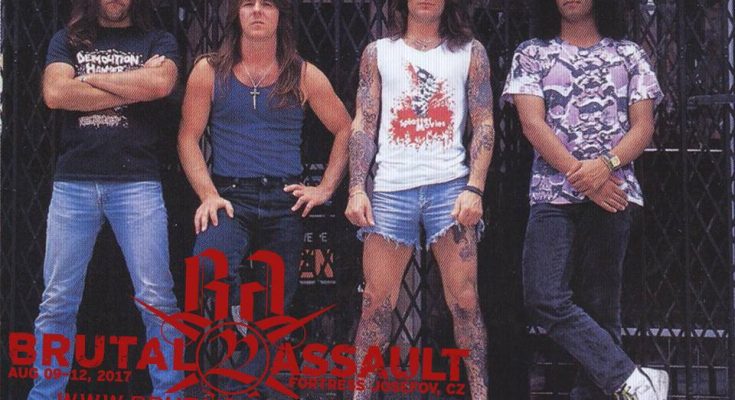 A message from Brutal Assault: a Macabre Suffocating Aeon is upon us!

Brutal Assault is at it again! While black metal fans should be more than satisfied with the line-up by now, with this batch they’re gonna make happy mostly the headbangers of death, as the title suggests!

Swedish death dealers AEON have recently reminded Europe on their tour with Cannibal Corpse that they’re still a force to be reckon with! And the same applies for the band revolving around Terrance Hobbs, possibly the only death metal guitar hero to share his hairdresser with the Predator! Indeed NY/DM godfathers SUFFOCATION are still a massive live force despite the recent line-up changes. At the moment the crypts below our fortress are frozen, but during summer the crypts will crumble under the heat and power of CRYPTOPSY, who will present their own innovative ways of brutal death while the representatives of the US murder capital Chicago under the moniker of MACABRE will indeed tell some tales of a macabre nature, revolving around…surprise, murders and murderers! Chicago took the torch from New York, a city that once witnessed it’s own Epidemic of Violence and the mighty thrash force DEMOLITION HAMMER has reformed to show you how it was like back in 1992!  Besides the old school masters we’ll also have the cream on top of the new school US thrash with HAVOK!

ROTTEN SOUND will once again unleash a grinding fury that is yet to be surpased while their countrymen WOLFHEART on the other hand showcase the sad nature of Finland. Their thoughtful attitude is shared by German black metal DER WEG EINER FREIHEIT that will debut at our festival.

A band that needs no introduction and will not debut at our festival are ARCHITECTS, who are sadly returning without the deceased founding guitarist Tom Searle.

Other names of the already impressive line-up are:

Keep your eye out for more news about this amazing event soon!