Home Black Metal Misotheist – For the Glory of Your Redeemer 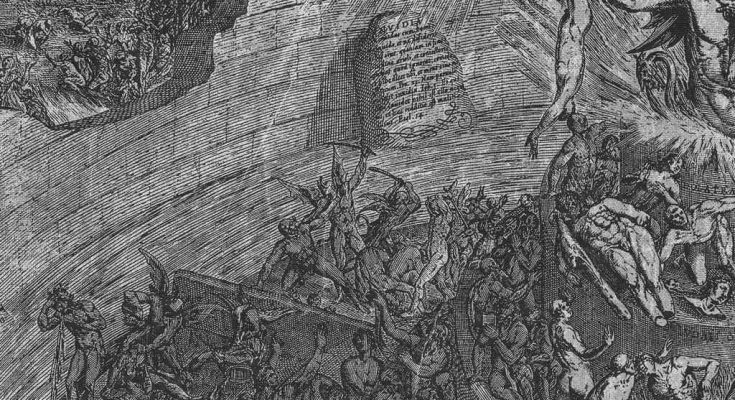 Hailing from Nordheim, Norway the eponymous cult black metal act Misotheist returns with their highly anticipated, sophomore album ‘For the Glory of Your Redeemer‘. Misotheist is one of the newer bands that fall under the Nidrosian style of black metal. The sophomore is set to release on February 5th via Terratur Possessions featuring three overwhelming tracks of mid-pacing tempos that conjure some kind of a creepy atmosphere. The modern Norwegian bands like Whoredom Rife, Mare, Celestial Bloodshed and One Tail One Head sound particularly unique and this is whis the latest offering has that evil and wicked sounding atmosphere.

While there is no much information regarding its members, Misotheist has already set the bar high on their self-titled debut album and this latest album is no different from what the band has achieved. The opening track ‘Rope and Hammer‘ is attained by the rawness of the composition. The echoes of the blast beats and tremolo-picked riffs are quite intriguing. The three tracks are highly influential and they are deeply affected by the majesty of the second wave of black metal. Misotheist has opened the portals to unknown worlds and through these portals, they channel dark, arcane powers.

By adding dissonance, they create a cold and dark atmosphere. The layers of the tremolo-picked riffs and the dreary tone of the vocals swell with a creepy atmosphere. The ghostly undertones along with the dissonance conjure up an eerie sense. These qualities aren’t new to the band’s musical craft. The album’s magical and arcane overtone continues to grow into something more sophisticated and immense. The Nidrosian black metal bands overall have a very distinctive sound from each other and with this outing, Misotheist have reached their musical prowess by elaborating their approach to songwriting.

‘Benefactor of Wound‘ is somewhat murky and dense in sound. There are complex parts within the guitar arrangements where dissonance seeps into the song structure. The dark undertones and catchy hooks are laid in the mid-tempo, while overall the track brings an overwhelming feeling of dismay. When the pace becomes settled into mid-tempo, the guitar transitions also provide a deep emotional rhythm. There are some elements from Deathspell Omega, especially when the blast beats kick in. As for the melodies, they serve as a backdrop to the music.

‘For the Glory of Your Redeemer‘ proves that the band has a remarkable talent for outstanding songwriting and memorability. Misotheist has delivered something that catches the dark essence of black metal. Concerning the time length, the album has a duration of thirty minutes. Misotheist relies more on creating an abysmal atmosphere embellished by the guitars. The final track ‘Acts of Flesh‘ is the longest cut on the album and has an epic time length of sixteen minutes. With rhythm guitar and dissonance mixed together, the drums take an alternating pace between blast beats, whereas the guitars remain the strongest feature here.

The guitars use some atmospheric buildup to create a dark and ominous feel. The frighenting eeriness is the focal point on this track, yet there are some intermitted parts where the tempo slows down. There are many excellent mid-tempo sections that alternate with chilling blast beats. The guitar performance is incredible and there are moments where the rhythm becomes palpable and they are presented with fine execution. ‘For the Glory of Your Redeemer‘ is an excellent follow-up to the band’s debut album If you are looking for some dark, black metal music with a gloomy atmosphere and creepy vocals, then I highly recommend you to check this album out right now.