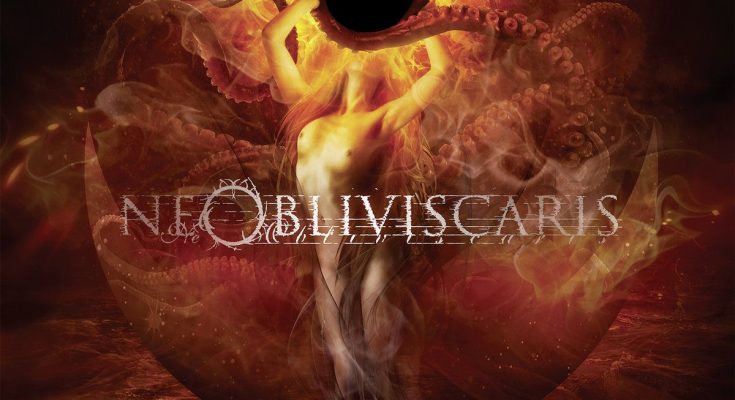 Ne Obliviscaris is an Australian band formed in 2003 but only after nine years they released their first album “Portal of I“. After that things started to speed up for the band with a tour and a lot of good reviews praising the complexity of their songs. In 2013 they released their second album “citadel”, this got even more praise. Now, with “Urn“, the third record by Ne Obliviscaris, released through Season of Mist, they keep on following the same trajectory.

According to the band they spend the past years perfecting their sound and they describe their record as following:

“Urn” is bound to be a career defining moment. The Australian extreme prog shooting stars have honed and re-balanced the key elements of their unique sound to a razor sharp musical edge. The dynamic entwining of fierce growls and emotive clean vocals, the contrast between devastating yet intricate guitar riffs and thundering drums against an unleashed violin and gorgeous string parts as well as the perfect blending of epic progressive and intense extreme metal forms of expression are all marking a new peak in the steep rise of the band.

Following their growing success, the band has managed to set up a crowdfunding project among it’s growing fan base. The idea is to raise enough money for the band to be able to tour and focus on their recording (to read more about this go to the article we wrote about it last year here).

The album starts off very strong with Libera (part I) – Saturnine Spheres. A song with the unique Ne Obliviscaris sound, the harsh deep vocals are filled in with emotional clean ones. The whole song is underlined with a rolling bass line and some very impressive guitar work.

Following the instrumental Libera (part II) – Ascent of Burning Moths is Intra Venus. This was the first song of the record released to the general public and with reason. The first time I listened to it, it felt like the band had kind of lost their unique style, it felt a bit off. It took me 2 or 3 times before I started seeing that this was still Ne Obliviscaris. Even better: it was a band with a more perfected sound. With Intra Venus, each member of the band gets the chance to show their skills again. Harsh vocals are switched with clean parts and everything filled up with a strong bass line and fragile violins.

Urn (part I) – And Within the Void We Are Breathless and Urn (part II) – As Embers Dance in our Eyes were also released to the public beforehand and they follow the same path on the record.