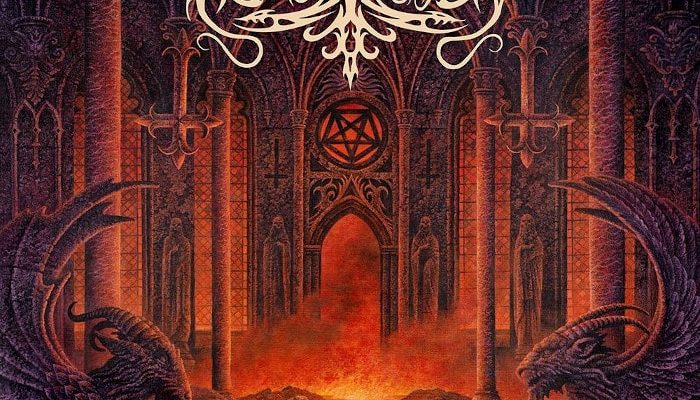 After delivering one of the most gripping albums in 2018 with ”Mark of the Necrogram”, the Swedish blackened death metal masters Necrophobic return this year with yet another spectacular release. Their eighth studio album “Dawn of the Damned” unlocks the visceral talents of the band and convey sophisticated sonic aggression. Three decades have passed since the band’s successful formation and Necrophobic has been thriving among other superb bands of their country, leaving their mark with each release.

Formed in 1989 by the legendary musician and vocalist Blackmoon (R.I.P.) A.K.A David Parland and drummer Joakim Sterner, Necrophobic‘s debut masterpiece “The Nocturnal Silence” presented the pure aesthetics of death and black metal and displayed a unique range of Nordic melodies. And since then they set a darker and wicked method as if the band was cast out from the Netherworld to bring hell on Earth. ”Mark of the Necrogram” entrenched itself as a modern classic, and there were other signs of strength that the band possessed. “Dawn of the Damned” re-invents a new and unprecedented formula that solidifies the signature style of the band.

Necrophobic‘s musical quest to take their songwriting to the next level is a true paragon from one of the originators of the Swedish underground metal. The eighth studio album opens new portals that define the quality of modern black metal. From the deep dark abyss within the realms of the underworld, “Aphelion” quickly sets the tone for the album bringing a cinematic theme like never before. The loud whirring guitars create a thrilling symphony once the intro segues into the next track “Darkness Be My Guide”.

Necrophobic showcases a firm style with swirling dual guitars and the vortex of the blast beats accelerating in full destructive motion. Staggering lead guitars alleviate the mid-tempo while the riffs are poured into the black cauldron. The violent maelstrom shifts between the impenetrable wall of sound, Anders Strokirk provides vicious rasps flawlessly contrasting to the impressive guitar melodies. The Swedish quintet further delivers the fiendish and diabolical take on black metal. “Mirror Black” surges forward with great force of the loud and merciless pounding drums through which drummer Joakim Sterner proves that he is the backbone of the band.

“Dawn of the Damned” is filled with malefic emotions, however the song finds a great balance between pure Nordic aggression and a refined scale of melodies. Many tracks center on superlative lead guitars and energetic rhythms, Sebastian Ramstedt and Johan Bergebäck unleash one hellish riff after another. In each of these nine tracks, Necrophobic combines ominous melodies and boisterous solos. “Dawn of the Damned” is a successful follow-up to the band’s previous album, although the latest album brings some familiar elements from the band’s previous albums such as “Hrimthursum” as well. “Tartarian Winds” is brought by epic guitar lines. The hallmark of traditional tremolos of second wave black metal is professionally combined into the formula.

The track shimmers with compelling guitar melodies as it ventures into something wicked, while the diabolical rasps of Anders Strokirk are skillfully performed. “The Infernal Depths of Eternity” is an ideal example of a modern classic, the storm of hellfire riffs thunder so loud. “Dawn of the Damned” is elaborated by the individual skills of the members, on this album Allan Lundholm‘s bass guitar rumbles through the cold tremolos. Necrophobic offers songs with a wicked evil vibe, the inspired songwriting evokes the classic elements of the Swedish black metal. Based on the long experience and the established foundation, the album title track reverberates across the static blast beats and melodic guitar passages. By encompassing brutality and aggression, “The Shadows” contains plenty of melodies without regarding the intensity.

The cold galactic tone of the guitars adds a fresh dimension to the song. The polished sound production quality gives it such a modern feel, whereas the ostentation of the guitar technique has a vibrant resonance especially when it comes to the rhythm guitar. “As the Fire Burns” is furiously fast-paced and increases in speed and it’s one of the highlights of the album. The epic intro on “The Return of a Long Lost Soul” describes the song composition and the sinister kind of melodies that build up the track to slower moments. The final track “Devil’s Spawn Attack” brings in Schmier from Destruction as a guest vocalist. The track features some fast sections led by acrobatic guitar work. “Dawn of the Damned” is an outstanding release that perfectly maintains the flow of its tracks, achieved by the electric performance of these Swedish veterans.

One thought on “Necrophobic – Dawn of the Damned”