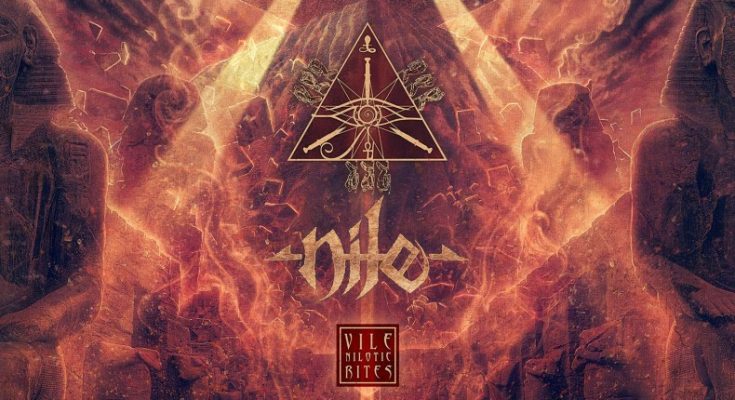 Nile wields absolute power on their ninth album and the might of the pharaohs who supremely reigned in the temple of the ancient gods. Over the 20 years of establishment the South Carolina’s titans of the brutal/technical death metal uncovered the hidden mysteries of the largest kingdoms of ancient Egypt. Nile’s musical transformation went through significant process and musical expansion by the founding members Karl Sanders and Dallas-Toler Wade. Who both forged a perfect balance between the complexities of brutal death metal and the Middle Eastern themes. Their riff craft and technique was given extraordinary levels of integrity which revealed on the early studio albums “Amongst the Catacombs of Nephren-Ka” and “Black Seed of Vengeance”.

Nile epitomized themselves on later albums such as “In Their Darkened Shrines” and “Annihilation of The Wicked” Karl Sanders exploited his efficiency and perfected his technical skills by constructing the modern sound of technical death metal. The approach towards brutality and the cinematic atmosphere were both raveled on the 6th album “Those Whom the Gods Detest” which was the best effort accomplished by Nile in 2009. A decade after Nile seems to have a sophisticated understanding of their craft, the new album introduces a robust line-up such as bassist/vocalist Brad Parris, guitarist/vocalist Brian Kingsland including drummer George Kollias who took part in writing music. Immersing deeper into technical prowess Vile Nilotic Rites is raised to higher sonic dexterity. From its grandeur inception of sinister guitar riffs to the phenomenal drumming skills. Nile presents a shattering performance on the new studio album delivered solemnly to the supreme gods of ancient Egypt.

Opening track Long Shadows of Dread begins with fierce and brutalizing riffage provided by triple monstrous growls of Karl Sanders, Brad Parris and Kingsland.Vile Nilotic Rites sees the band cementing their trademark sound and showcasing the individual skills. The Oxford Handbook of Savage Genocidal Warfare blends the vicious low growls with the guttural growls, while George Kollias commence vigorously his massive artillery bombardment. Presently Nile has reached to prestigious plateau of brutality, the traditional take on technical death metal here will remind many of the band past albums like Annihilation of the Wicked. Moreover they solidified their sound focusing on the roots which made them widely renowned.

The album title track continues towards bringing the whirling sand storm like riffs. Further tracks such as Seven Horns of War erupts in a fierce cinematic intro launched by a crushing force of epic death metal ferocity. Filled with aggressive guitar tone and mind blowing drum abilities the track includes gigantic growls empowered by the immense guitar riffs. Through the foreboding atmosphere which surrounds the track with overwhelming shock of its musical contents. Nile took almost four years to create their ultimate sonic palette. More effectively than ever they raise the level of intensity to a higher degree, the modern take on quality death metal is successfully achieved here.

The long experience in conjuring the cinematic qualities with oriental music is professionally executed. Nile offers a massive variety of musical contents the amazing work in harnessing other instruments on That Which is Forbidden. Is brought by female choir and omnipresent Middle Eastern riffs. Each creeping moment of this epic track ventures into rich atmospheric oriental theme. Combining the savage twisted riffs while the drums sets the driving force of the formula, there are also rich melodic textures that makes this track so irresistible. Vile Nilotic Rites is meticulous balanced between the fast songs and the long epic tracks, Snake Pit Mating Frenzy displays the technical abilities of guitar department and the relentless blast beats.

Perhaps one of the most bombastic tracks written by Nile is Revel in Their Suffering. Delivered by the sharp blazing riffs and the drums sets into the motion of blast beats powered by chugging riffs and eerie technical guitar work. The new albums combines various elements like chants, and other instruments like the bouzouki. The melodious instrumental sections on Thus Sayeth the Parasites of the Mind and Where is the Wrathful Sky weaves multiple themes together. Despite of the catchy hooks the track veers into sheer aggression of the shattering double bass.

The album’s strength lays within the powerful drum performance and intricate drum patterns while the complex arrangements of the guitars in providing the solos and melodies on The Imperishable Stars are Sickened includes multi-faceted compositions. The crushing final track We Are Cursed shifts slowly into slower doomy sludge pace propped by the orchestral touches. Vile Nilotic Rites is an amalgamation of brutality, and technicality of modern death metal at its finest this is a glorious return to form by Nile. 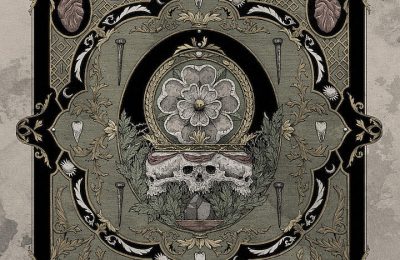 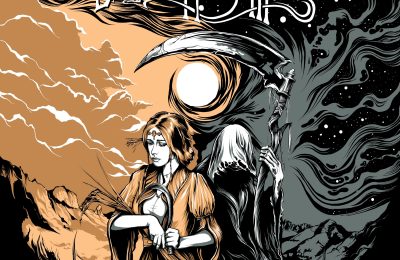 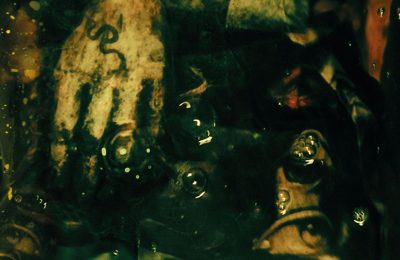