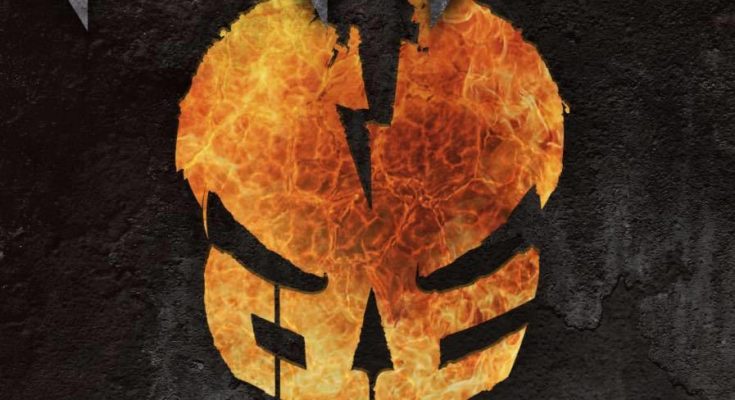 Another super group has arisen! Usually I’m not a big sucker for these kind of mix-and-match groups ’cause they often create more hype and expectation than they can deliver. But this one I just couldn’t ignore. Powerflo contains a nice grip from the rap metal, hardcore metal and nu-metal from the good old days like rapper Sen Dog (Cypress Hill), singer/guitarist Billy Graziadei (Biohazard), bassist Christian Olde Wolbers (ex-Fear Factory), guitarist Rogelio “Roy” Lozano (Downset.) and drummer Fernando Schaefer (Worst). Being a big fan of at least 3 out of 5 of those bands, I just had to get my hands on their first self-titled release. The music they bring is the kind of rap metal that just really is a blast from the past, much like that other rap metal super group Prophets of Rage. But much different from their colleagues, they immediately kick off with a full album of own material instead of touring with a “best of” grab from the collected bands they came from.

The album starts off with My M.O. in which they immediately set the record straight on who they are and what they stand for. You hear a gun being cocked followed by a guitar riff that could’ve been on a Biohazard album with ease. Together with the highly energetic rhythm section of Christian and Fernando and the angry vocals of Sen Dog, you get a kicker of an opening song warming you up for the rest that is to come. Besides his rapping, Sen Dog seems to have a mean heavy metal singing voice that results in a catchy chorus that you’ll be singing along in no time… Resistance provides you that punch, that energy you need for whatever you need to fight or well… resist I guess. Just like the earlier song these could just as well have been a part of a Body Count release: groovy, fast and aggressive rap metal!

Where I Stay brings a more laid-back groove, a slower song that I could easily imagine on one of those Cypress Hill albums where they used a bit more guitars. Is the “nanana” in the chorus a bit corny? Yeah sure, but that doesn’t take away that this is a really cool chill track with here and there some nice hardcore/thrash metal chugging guitar riffs.

The one song that immediately got me to sit up more straight was Crushing That with its very punk rock vibe and attitude, even including a “oh-oh-oooh” part that is a familiar presence in punk rock surroundings. They keep on surprising with the wide variety of styles to be found on this release. Victim of Circumstance on the other hand has a strong industrial/groove metal vibe to it and quite some of the parts actually bring up a Fear Factory vibe. And again, listening to the lyrics and how angry Sen Dog spits them out, Body Count references never seem far away…

What follows next are another 3 groovy (rap) metal tracks in which you can find back parts of every aforementioned style with the first 2 being played at an almost face-melting speed and the third having a more mid-tempo crushing groove to it. They finish of almost with what they kicked the album off with: putting down a statement that they’re ready to fight. Start A War is again the combination of the best of all words: groovy riffs and rhythms that speed up when needed, accompanied by the raps of Sen Dog.

Do the guys of Powerflo bring anything new to the table here? I guess I have to say a hard no to that. But does it sound good, groovy and angry enough? Sure, they meet the mark on that. Anyone who was a fan of the old school blend of hardcore, metal and rap will fall in love with this little disc. It’s one of those “super group” projects that won’t necessarily make the most mind-blowing releases, but it definitely does the trick for me still! If it feels like I’m talking to you, just check them out and get their stuff if you like, they deserve the support! I’m curious to see how Prophets of Rage will stand against Powerflo with their upcoming album. Maybe a duo tour should be arranged?