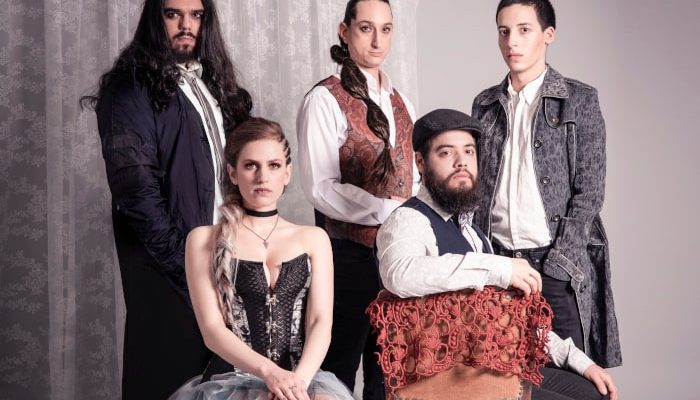 “Tantibus II” continues the story of the band’s 2015 song “Tantibus” (a word with Latin roots meaning “nightmare”), in which the protagonist is stuck within a sleep paralysis and looking for a way out. In “Tantibus II,” the protagonist becomes addicted to this feeling and disconnects from reality into her own mind, where she feels safe. The EXIT sign in the video represents a way out of the nightmare, as seen in the original video for “Tantibus” when the protagonist chases it without ever reaching it. The opening shot of “Tantibus II” is an EXIT sign broken into pieces at the feet of the protagonist, who is holding a hammer. This is when she decided to destroy her way out and sink into her nightmare.

“Tantibus II” will not be the end of this tale. Soon, we will discover that there is someone who cares about our protagonist, and their side of this story will be told in the next chapter of this ongoing saga, to be unveiled one week from today.

An intriguing concept album built of complementary song pairs working from the outside in, “Strangers” was written and composed jointly by singer Noa Gruman and composer Orr Didi, who also collaborated with SCARDUST on their full-length debut “Sands of Time” – which was hailed by Prog Magazine as “extraordinary” – and their 2015 EP “Shadow.”

The recording sessions for “Strangers” – which includes a guest appearance from German folk musician Patty Gurdy, as well as vocals by the Hellscore choir and England’s prestigious Westbrook Hay Prep School Chamber Choir – began in the winter of 2020. From there, the band was faced with the outbreak of COVID-19, which brutally destroyed their recording plans, ironically forcing them to continue the process in isolation, estranged from one another, in their individual home studios.

“‘Strangers’ deals with the concept of being estranged. Written from multiple perspectives, it explores the ways in which people can be estranged from one another, from themselves, from society, from their loved ones and even from their own subconscious. After the overture, which introduces musical themes, the album separates into two parts. Every song from the second part is a mirror image of a parallel song in the first. Each pair of songs tells the story of a pair of strangers. They can be played together as a standalone piece, as individual songs or as part of the album, whatever the listener’s heart desires.” 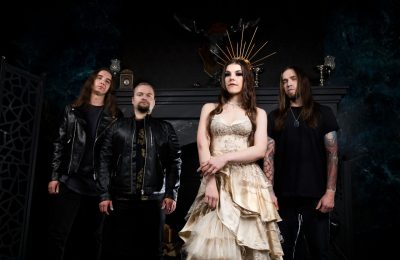