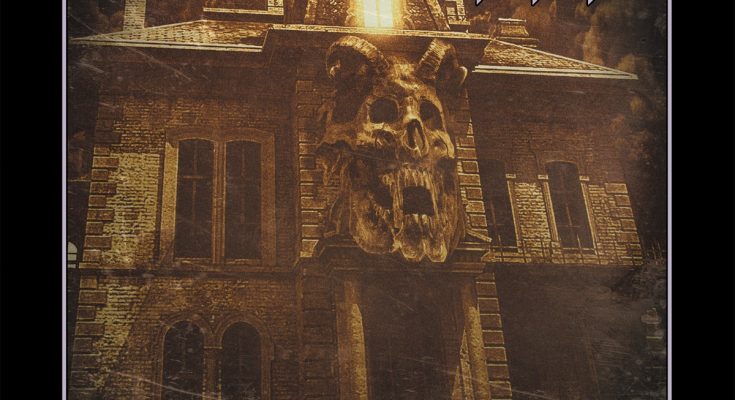 Swedish heavy metal stalwarts RAM are one of the main pillars of the new wave of traditional heavy metal (NWOTHM). The band saw the light in 2003 when they released their first debut album “Forced Entry”. The expanding movement of this heavy metal wave began in the year 2000 and it includes many young and famous metal bands hailing from Sweden, Germany, and U.S.A. such as Portrait, In Solitude, Ambush, Air Raid, Enforcer etc…

In the spirit of the forefathers of heavy metal RAM has found its muse from the lore of Judas Priest, Accept and King Diamond. The band combines all the fiery elements of traditional metal from the sharp riffs and fast-paced tempo. This solid passion was like a fuel that boosted the energy of the Swedish maniacs. What is more important is that RAM added a fresh sound to the new tracks. Presently the band is at verge of celebrating their 15th anniversary. The sixth album and aptly titled The Throne Within disclose a fair and strong manifestation from this Swedish quintet.

The opener The Shadowwork shows the strength which possess in songwriting. The heavy tone of the guitars and the blazing solos are pure reminiscence of Judas Priest style. Backed by angry vocals the band launches a vehement assault with tight sounding drums. The twin guitars reflects the sheer musicianship, in fact the excellent chemistry displays the quality of the new songs. Blades of Betrayal kicks off in the traditional and classic style of heavy metal. RAM continues to hone their skills, with vocalist Oscar Carlquist capturing the singing and screaming styles of Rob Halford. The band gained my attention when they released their 2015 album Svbversum.

The Throne Within isn’t similar to the previous effort, the songwriting and quality resulted into a convincing outcome. For example the guitars sound heavier and driven into fast tempos. The tracks balance between the 80’s and 90’s wave of heavy metal. Fang and Fur shows how the guitars can perform complex solos, in spite of the heavy riffs the melodies are memorable and profusely illustrated. The manner that RAM manifest its powerful force is notable on many tracks.

The album contains many highlights such as Violence (Is Golden), an uptempo track with concise and aggressive sounding riffs. I like how the twin guitars produce the harmonized leads and that RAM has opted to sound heavier and more aggressive. The improvements mainly cover the melodies and the way they are presented on each song. The multi-speed, lightning solos and lead guitars are inspired by 80’s heavy metal bands like Accept and Scorpions. Another killer track on the new album is The Trap; a solid evidence of the band’s latest sound, as if RAM revived the cliches of the 80’s heavy metal. The main riff is so memorable and the band exhilarates with that classic heavy metal vibe. The guitars veer into that style and execute catchy solos, the role of the rhythm guitar in putting the melodies into effect is excellent.

On the previous album Rod, RAM aspired for a classic heavy metal sound, while on the new album the guitars are weighted with a solid vitality. The band has maximized their effort and endeavored to sound furious and angrier. The sound production is polished but provides a powerful thrust to the songs. RAM throws an inspiring performance on the sixth album, and accelerates back to the 90’s classic metal.

Harry Granroth and Martin Jonsson throw down their gauntlets and show how they can manipulate the guitars. There are enough variations on the album as mentioned. The Throne Within is a great fusion of fast songs, heavy songs, and mid-tempo. No Refuge has those heavy vibes of Metal Church although the band misses the epic touch.

The talent of this Swedish band is another merit added to them. RAM mainly exerts on power and speed, there is just so much energy and passion within the songs. You All Leave is a slow ballad which has a captivating tempo the melodies are beautifully executed. The Throne Within is 49 minutes long and it’s comprised of 9 solid tracks covering the traditional style of heavy metal. Nothing groundbreaking here nor the band intends to reinvent the wheel, the new album is a step in the right direction. For fans of Judas Priest and Accept this a fresh effort from a band that brings the heavy tunes back into motion.