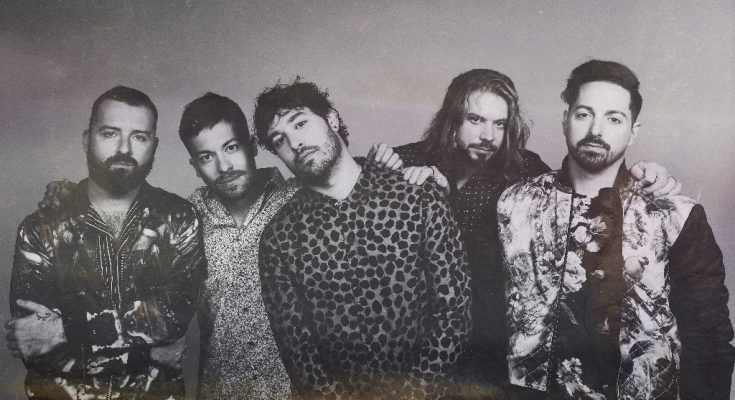 “This song is about the aftermath of someone taking their own life. A topic that unfortunately hits very close to home with the band. That is why are excited to be able to raise money for suicide prevention and mental health awareness. Being able to affect actual change with our music side by side with the charity that changed our lives personally is a dream come true.” – Red Sun Rising

Red Sun Rising has teamed up with MusiCares in the US and Music Minds Matter in the UK to promote mental health awareness.
www.musicmindsmatter.org.uk
www.grammy.com/musicares

Red Sun Rising made headlines with their debut full-length album Polyester Zeal and earned their own piece of rock radio history with two back-to-back #1 hit singles off of a debut album on the US Billboard’s Mainstream Rock Chart. This marked the first time in over a decade that a band has achieved back-to-back #1s on the Rock Chart with its first two singles, “The Otherside” and “Emotionless.” Adding to their radio success, the band was nominated in the “Best New Rock/Alternative Rock Artist” category (Foals, Kaleo, Nathaniel Rateliff, The Strumbellas, Red Sun Rising) for the 2017 US iHeartRadio Music Awards. RSR was also named New Artist of the Year at the 2016 US Radio Contraband Awards. Their latest album Thread came out on March 30 (Spinefarm/Concord Music/Razor & Tie). Produced by Matt Hyde (Deftones, AFI, Porno For Pyros) and mixed by Jay Ruston, Thread continues to expand on Red Sun Rising’s concept of mixing different genres and influences to create a unique sound.