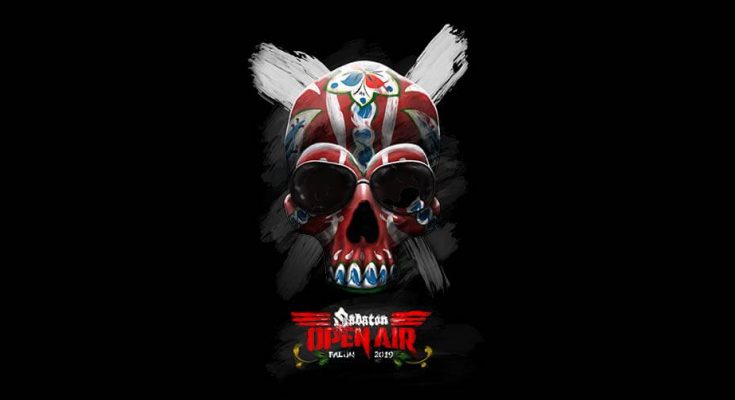 Our tradition of going to this festival every two years is upon us once again. The options of getting to and from Sweden are limited: by flight or drive a car (over the bridge or with the ferry). We did the math; our calculations were checked twice, and we had decided again that we would rent a van and drive all the way there. This year we did it with five drivers. The first time we went it was with one driver and a small car. We’re calling this an upgrade.

We left around 14:00 on August 13 for our +-1800 km to Falun, Sweden. It sounds like a long drive and well, it felt even longer. Considering we had to take the highways from Belgium, the Netherlands and Germany. I hear you thinking: Germany with no speed limits + late at night= HEAVEN! Wrong, Germany means -> roadwork… Everywhere and when you finally get to the end of that, you’re still driving a van full of people, stuff and alcohol. So, you’re limited by the van’s maximum speed without the fear of ending up like every person in a cartoon: with a half blown up car.

After a 20 something hour drive, we arrive to Falun, the hometown of Sabaton. So, we did the most logic thing, any human being would do when arriving to the home of one of their favorite bands: pee break. After eating, we head over to Lugnet: a small part of Falun where winter sports tournaments take place every year. This week however, it’s the place for SABATON OPEN AIR. Luckily, it holds options for people who are staying for this festival. They have a camping site, an RV camp and hotels nearby. Falun is a 20min walk away with a mall and some smaller shops for cheaper food. (later in our little story, you’ll see why this is important information.)

Lots of space to put up our tents, without having to fight for a little of grass. (places like Graspop Metal Meeting can learn from this.) Within walking distance, you can find a nice quiet place to have a barbecue. Some basic porta-potties and a big tank of drinkable water. No showers, but for a low price you can shower at the sport center, which doesn’t sound too bad + they have a swimming pool, where for 5euro you can spend all day.

The first day of the festival. There is no full festival yet, but we had access to the beer tent, and that was all that mattered! This day is more of a pre-party. This also made it difficult to see the bands that played; however, I did manage to find a list. Following bands played the DalaPop Stage:

The sound wasn’t all that terrible, considering they were playing in a beer tent, but sadly enough the beer costs almost 4 euros.This was also the only day that beer was allowed near the stage (you couldn’t leave the drinking area to go to the festival area while holding alcohol). The only ‘smoking area’ on the festival ground, was up and over a hill, so good luck seeing anything from there. The VIP-section; now, I for one, have no idea what the use of that section is. There used to be a lot of cool things there: Sabaton’s own made beer, Sabaton’s after party, cozy sitting area,… you name it. Now, there was “ok” sitting area, just Swedish beer and some artists came to chill a bit after their show, but nothing to wow.

Since, Sabaton is a family festival there also was a kids’ corner. Which is a lot of fun for the children to come in touch with metal. There was animation, toys and even artist came to play a personal little set for them or play some instruments.

Eating area: It was a bit on the expensive side if you only want to buy food from the festival. About 12 EURO for a freaking hamburger, don’t get me wrong, it was a tasty hamburger. And all the eating cabins had the same price tags. So, a burger was -+12 euro, but so was a pitta, pizza, pasta, … You understand now why the “cheaper” food in the town was important? If going to Sabaton Open Air is a dream, then don’t get me wrong: You have to do it, it’s an amazing experience, great view, amazing people the Swedish, but the festival is getting too expensive, not great quality and overall they did a terrible job compared to 4 years ago, even 2 years ago. Let’s get back to the actual festival and the shows.

For the report of the actual festival days, go to the next page… 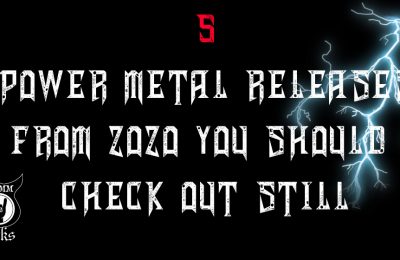 5 power metal releases from 2020 you should check out still