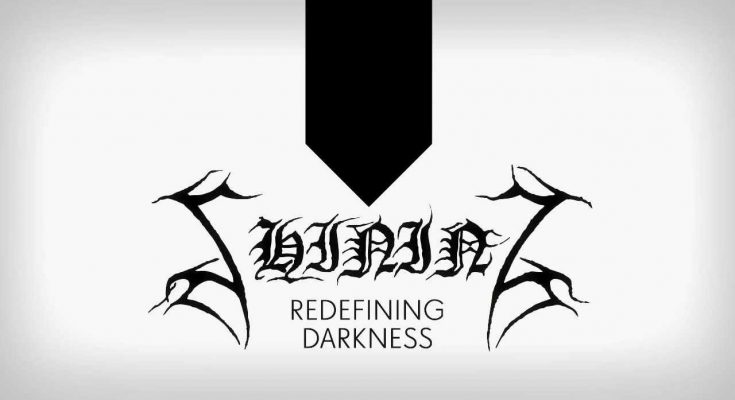 We got to have some time to talk with Niklas Kvarforth, creator and vocalist for Swedish black metal band Shining. We were in for quite a treat…

You announced that you have some new band members in Shining. We don’t know why the previous members quit…
Well, you can call it whatever you want but let’s just say that they didn’t quit. We left on the same terms. Sometimes there is a need for change and Shining has a long history of exchanging members according to actually what happens inside of my head usually. But there comes a point in one’s life when you say ‘meh, I don’t want to have more of this or more of that’. I know it’s basically down to that because the last couple of years I was doing things for other people. When I am the artist then that is not the way it should be. So let’s just say that we came to the same conclusion: ‘Fuck it’. So I take in other people, it’s not like it is something new for Shining. We need stability because the whole core of the band is mental illness. I mean I am not a completely normal person so it is hard to be around people who try to encourage that. My sickness is severe enough to force feed people into negative emotions and stuff like that. I think I would like to keep it my thing and then just work with professional people instead of kids. There you have your answer.

I heard that you are a big Watain fan. So I also read numerous rumours on the internet that you and Watain are going to collaborate on something.
Well, I am a fan of Watain and especially two of their albums, but Eric for example… I grew up with him. We were in the same circle of black metal scene in the 90’s was pretty small in Stockholm. But if we have a project together, I don’t know.

Yeah, you read all kinds of things on the internet.
Yeah the internet also said that Janis Joplin is alive.

I only hoped it was true.
Yeah, the only thing I have now is Shining. Trying to rebuild the crew and the band to be able to travel together and just make some really negative stuff for people, while on the other hand I do some guest vocals for this or that. But only for friends usually, if I feel that it feels good. But then I have a project going with Teitanblood which we’ve been doing for a few years, and that’s probably going to turn out well. And me and Hellhammer have a band as we’ve been working on it almost four years. So we are going to try to record the album of that.

So about Skitliv and other bands, did you quit all those bands to focus on Shining, or am I mistaking?
I never quit Skitliv.

I know you have a lot of bands.
No, I was in Bethlehem and some other shit, but the point is I didn’t quit. I had to focus on Shining. But Skitliv, I could never leave that. Because Sven Erik or Maniac, we are like family. We do stuff together and we’ll never stop doing stuff together. We’re actually working on a new album but it might come out in two years and it might come out in fifteen years. I don’t know.

How do you like it here, in Belgium and on the festival?
I’m not a festival guy, but it’s been six months since we had our last gigs in Russia. And now I get to meet the old guys that are still in the band and the new line up and our crew, and that’s good. But I just maybe wish sometimes I was somewhere else.

Normally you had your show antics and now you actually look very calm and nice tot people. In the past I’ve seen you years ago sniffing cocaine on stage and stuff.
I just think that think that that is a perception of people who want to see someone fuck up. And that still happens from time to time but it’s nothing that I plan. If I get angry with someone I kick him in the face. It’s a natural reaction. If I feel that something is wrong I say that I feel that something is wrong instead of being a bitch and shutting up about it. And this is actually something that also has to do with Shining and members and crew-people coming in and out because I’m tired of working with people who don’t dare to speak up with what they think in their minds. Because that is like fucking yourself in the asshole, you know? Sometimes there are very violent Shining shows. And I like those as well. But it’s not that I’m sitting in the backstage and going like ‘Oh, tonight I’m going to show that I’m a psychopath.’ I’m not a psychopath, I’m a sociopath, and the best person you will ever meet. The point is, the problem we had with Shining for so many years is that people are expecting a spectacle or something bad to happen. You know what? I feel fucking great when it doesn’t happen so they feel like ‘oh fuck, I missed that’. I like that.

Yeah, because you’re a sociopath.
I am a sociopath, but a controlled one. I comparison to all the people who have to put on make-up and go out on stage and pretend to be something they’re not.

Is Shining actually your job or do you have something else for a living besides Shining?
No, Shining is my job.

You were like twelve when you created Shining.
I was a cute kid, but I was violent.

And how do you get the idea of starting a black metal band when you’re twelve.
Well I guess in Stockholm back in those days, in the 90’s there was not a lot of black metal. We were just a small circle and I was a criminal. And criminality brought me to black metal. I guess that was a good outlet for that.

Then that’s a good thing?
No, not really. Twenty years of destroying yourself. But I do look pretty good now.

One thing that I’m actually very surprised by is that in you video Tillsammans Är Vi Allt, you have this famous Swedish guy.
Yeah, he’s one of the biggest stars in Sweden.

So I looked him up and his music is nothing like Shining. So how did you meet?
Well, I have charms sometimes. The point is that this song was actually written when I was living with Maniac, and it’s a song about heroin addiction. And that guy used to be a heroin addict, so who is more perfect to portrait than a guy who does Eurovision and other stuff and actually had the same problem. And he released a new album and the only thing that they got in the media in Sweden was that he works with this psychopath. But that’s how media turns thing, you know. People have a lot of problems with me choosing what I do. But I always take it from the heart. And I create. If it displeases people, fuck them. I still kick them in the face.

They’ll still buy your records.
I think the problem with bands in general is that they rely on safe merits. Like ‘if we do an album like that, we’re going to sell records.’ If you do that you have already fucked your soul from behind, do you know what I mean? You have to follow your heart, no matter what it says. If it says you have to be in Eurovision, then be in Eurovision… I like your handbag, it’s velvet. It’s beautiful.

Thanks! So we’re from Belgium. But how is the metal scène in general in Scandinavia nowadays?
It is not that big in Scandinavia. It’s only a small part of all the musicians. Every one of us knows each other from Norway to Sweden. At least all the old people like Mayhem, Satyricon, Watain, Shining, Funeral Mist, Marduk,… we all know each other.

Well that still seems like a big group of people if you compare that to Belgium.
That is because Belgium and The Netherlands have a different climate. We grew up in violence and death and also boredom. The black metal scene is pathetic in my eyes. There is only old people that still know each other.

Our drummer is coming into the interview. He’s fun. He used to play with us back in the days. And now he got back after we did a memorial concert with the drummer from Urgehal. Our brother died about three years ago. So we did a memorial with Nattefrost (Carpathian Forest, Kreft,…) and Pest (Gorgoroth, Octagon,…) and all this Norwegian black metal persons.

But to get back to the thing. Belgium. What we know Belgium from is the paedophiles and the chocolate.

If you had to interview yourself, what would you ask yourself? Or just ask yourself something I don’t think about.
Why the fuck do you, Niklas, still do this, after twenty years. That is what I would ask.

So why?
For the devil and for the passion and the fire inside of me. It is important, because you see all these maggots standing everywhere here. Their only perception of life is to get drunk, do drugs and fuck girls. If that’s the only thing you have in your life… Which is the case with them because it’s a subculture, and they’re attracted to the subculture. Do you want to make this interview interesting? Give me two seconds.

(Niklas leaves for a short while and comes back with someone.)

This is Tom (Cato Visnes). King ov Hell. Queen ov Hell actually. He is a very old friend of mine. We used to have some things going, and maybe in the future as well. The point is: people hate King ov Hell and they hate Niklas Kvarforth. So I want to ask you instead, why do you hate me?

I don’t know most people in person so why would I hate them?
Niklas: Well everyone seems to hate Tom on the internet. Everyone seems to hate me on the internet. Only the girls love you (looking at Tom).
Tom:  No, the girls love you. That is because of your good looks.
Niklas: We have some stuff going on together. And the first thing I was talking about when we were speaking about the new project was like ‘imagine to bring all these people together that everyone hates. Me, him, Hellhammer, Satyr,…’

Niklas: We were speaking about this country Belgium. What do we know about Belgium? Paedophiles and chocolate. And cows!

And beer! Cows, why?
Niklas: Half of Belgium is cows. Tom is one of my best friends, we know each other for too long. We went to New York together and had a bromance.
Tom: Let’s make it short. We went to the airplane, we’ve been there for ten days. We had a great time and we got really fucked up. We fucked up a recording and had sex with a man.
Niklas: Twice. But I didn’t know she was a man. Her name was Verouchka Music.

Yeah, thanks for the talk! Let’s do that!