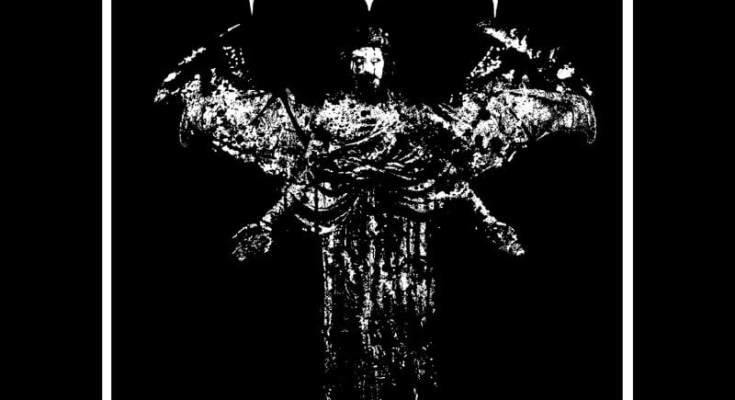 In 2018 Gregor Mackintosh decided to disband Vallenfyre after releasing three studio albums. With that, lead guitarist Gregor Mackintosh (Paradise Lost) has finally concluded the work on his project band. Now one year after he launches his new project band Strigoi. In Romanian mythology, Strigoi are the troubled souls of the dead rising from the grave. Released via Nuclear Blast Records, Abandon All Faith includes 12 tracks which are perfectly executed in the vein of death metal. Vallenfyre and Strigoi may share a few similarities, in fact the extreme level of old crusty and heaviness are displayed on the debut. The new line-up includes drummer Waltteri Vayrynen (Paradise Lost) and bassist Christ Casket (Devilement, ex-Extreme Noise Terror). Therefore you can sense a solid unity within the music that pays tribute to other metal genres. The outcome result is absolutely crusty and typically fused into the ugliness of old school death metal.

With this debut album, Strigoi shows new ideas and creativity. Once you listen to the opening track Phantoms, you’ll find out how heavy the guitars and the grinding drums sound. Gregor Mackintosh brings together several elements from other metal genres and inserts them into the song structure. Moreover, he has successfully installed the signature sound for the band opting for an experimental and grimy atmosphere. The drums are powerfully performed executed straight forward and the growling are absolutely monstrous.

The change in tone and direction on Nocturnal Vermin and Seven Crowns are brought by the effective elements of punk and grind core. The middle range riffing often presents these modulation from sludgy and heavy riffing, adding more flavor to the tempo. The tracks on Abandon All Faith aren’t long, they’re mostly focused on dynamics and aggression. This doesn’t mean that all of the tracks have the same nature, there is still a heavy dose of gloomy riffs which are a bit similar to Paradise Lost. The drums on the debut album sound tight and played at speed pounding with d-beat and blast beats. Striking with a slow doomy tempo, the grinding effect of the drums are professionally performed.

Throne of Disgrace is increased by the heavy guitar amplifier. The track lasts for 1:48 minutes, pummeled by the grinding drums and discordant riffs. Each of these tracks bring different variations as they cover various atmosphere. The dominant air of the tracks becomes slow at times and almost suffocating. Carved into the Skin provides a good example of how Strigoi achieved different variations, the melodic hooks and segments are brilliantly executed.

Waltteri Vayrynen displays different styles structured to extend towards fast paced, d-beat and blast beats, while the guitar riffs and bass blast loudly. There is not too much room for melodies on the debut album. Abandon All Faith is shaped by the ugliness of death metal. The pacing at times becomes somewhat slow and doom full, carried out by a professional talent. Therefore you can feel the tracks are being built gradually. Gregor Mackintosh has chosen a diverse and dynamic method to create a momentum on the debut. Some of the tracks, like Parasite, include industrial noise elements. Parasite begins massively driven by grooves and blast beats. The attempt here is to form a bridge between death metal and d-beat.

This actually shows a different prospect of how Strigoi was formed, this is yet another vessel where Gregor Mackintosh exposes his creativity and talent. The innate ability to cover several metal genres like sludge doom, death metal, punk and d-beat are widely displayed. Strigoi also involves many guitar chugs, the drums never miss always aiming to crush. The only thing which gives the album a modern tone, is the production. Otherwise Strigoi is influenced by old school death metal. Plaque Nation is filled with intense drumming and enormous guitar riffs, the guitar hooks sound massive and gloomy. Bursting into hellfire of the guitar riffs, Enemies of God unleashes heavy grooves upon the listener.

The tremendous acceleration of the pacing is damned heavy, there are no wasting moments on the debut. Scorn of the Father is an incendiary bomb that contains heavy distorted riffs. Even the atmosphere becomes grimy. Abandon All Faith plunges deep into the dark and the bleak slow moments of face melting riffs. The slow riffing provides a layer to the final track to create a cinematic landscape. Strigoi is a pitch black album infused into elements of rotten old school death metal, punk and d-beat. Selected genuinely to create a new deformed monster, which carries the DNA of the British style of old school death metal! 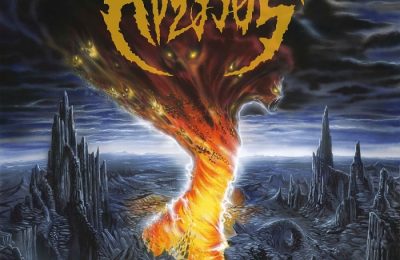