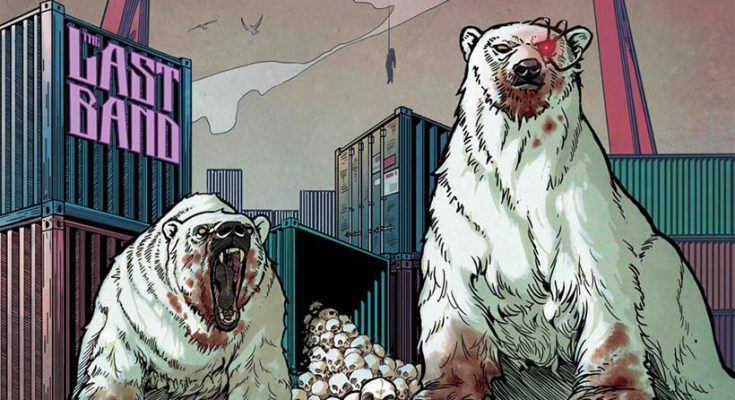 After two European tours as main support for Avatar, Hardcore Superstar and Fozzy to promote their previous album, The Fall, The Last Band has returned with a new album. Hisingen, the band’s third album, is a salute to the place where members of the band grew up and where many subcultures merge and influence one another, something that is also reflected in the album’s sound. If you’re into music with an attitude, something to scream along to, Hisingen has got you covered.

The Last Band is: 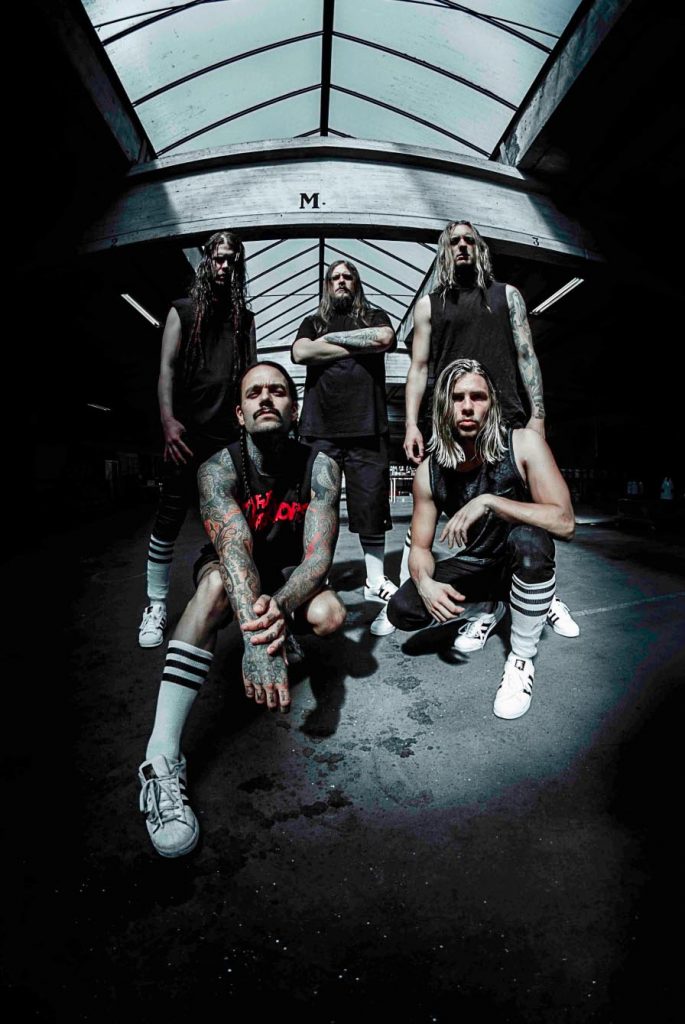 Starting off a little ominously, Cleaning House builds up a hype, similar to that feeling of hearing a band’s intro on a live stage and you are anxiously waiting for that curtain to fall and see the band standing there. The hype is delivered, and the follow-up is properly executed. Hisingen describes how the place isn’t exactly suited for a smooth life. It has it’s rough edges, but it’s still a home and a place to be something else and it’s molded the band into what it is today. With Cleaning House, The Hunt part II and Hisingen all being straight up heavy hitting songs, They Say starts off acoustically, building up a tune and rhythm with a sound that I would probably use to trick my non-metalhead friends and acquaintances into playing the song and catch them off-guard when The Last Band’s heavy sound kicks back in. The song itself can be described as having a sober and drunk state, as divided by the acoustic, calm moments and the heavier pieces. In the sober state, the lyrics describe how ‘They’ say how messed up of an alcoholic someone’s become. The drunk state’s lyrics show the mind of this person and their reasoning.

I Got No Friends carries forth the theme of unhealthy addictions, but compared to They Say, I Got No Friends doesn’t back down to relaxing acoustic moments. It’s also more serious about the effects of addiction and it’s possible results. In the video clip for this song this shown through a euphemism with various painful accidents people ended up putting themselves in.

“That’s all it takes
One mistake
And you’re gone, gone for good”

Probably one of my favorites due to the great mixing of all instruments, (backing) vocals and catchy sound effects, Still Not In It For The Drugs is not afraid to throw in some vulgar language and expressions. Lyrically, Behind The Flag initially reminded me of Beyoncé’s Who Run the World due to it being well known for its repetitive lyrics. Especially in the beginning of this song, words get repeated multiple times to fill in the vocal gaps that would otherwise exist. It feels a little lazy, but it’s consistent throughout the song causing it to fit in without really becoming a nuisance.

Coming in at a close second for my favorites of this album, Muscle and Blood has a very catchy chorus and the sound effects are part of what make the song so memorable. The only point of critique I had that put it on the second place was that I felt the riffs lacked a little variation in the build-up towards the chorus, but that still doesn’t take away that this is a great song and will remain a favorite regardless.

With a name rather fitting for the occasion, Lights Out is the last song of the album and as the title suggests, it seems to end more than just the album. Perhaps this is also the person shown hanging above the containers in the album artwork?

Though I haven’t discussed the songs that much, It felt rather repetitive to say in every song mentioning how well it was put together, from the sound, to the instruments, to the tone and everything else. Hisingen is simply a great album… Though it discusses a lot of negative/depressing subjects that might make you a bit worried if they hit close to home, it all fits in with the setting of Hisingen being a ‘rough’ area to live in. All songs have that heavy, hardcore punk feel to it and if you like previous The Last Band material, you’ll definitely like this album!