You are here: Home1 / News2 / THE PICTUREBOOKS collaborate with Neil Fallon from Clutch!

Making friends on tour definitely pays off and the result of one of these friendships can be witnessed in another stunning collaboration between power duo The Picturebooks and Neil Fallon from stoner rock legends Clutch.

Fynn and Philipp know how to keep themselves busy and after not being able to tour, they used their studio and all the excessive time and energy to realize some very challenging and fun projects! With their new single “Corrina Corrina” they go down to where they feel most comfortable, the bare bones of the blues and joining them on this eerie trip is no other but Neil Fallon on vocals. The collaboration also features an incredible performance by Dave Dinsmore, bassist for the desert rock godfather, Brant Bjork!

To stream and add the song to your daily drive’s, please click HERE

“This was a dream come true! I mean – come on – Neil f*****g Fallon from Clutch and Dave Dinsmore from Brant Bjork join us on this track??!!!!!
We love how the song turned out and we LOVE how much Neil and Dave gave for this song and that they’re so happy with the outcome!
That´s what music can do, it can be a bridge, even in a time where we can´t travel…nothing can stop us from making music!”

What Neil Fallon has to say about the collaboration:

“Clutch toured with The Picturebooks in 2018. It was a great tour and we got along really well with Fynn and Philip.
A few months back I received an email from them, inviting me to sing on a track they recorded. I was flattered and I loved the track. The lyrics are my spin on the old American standard “Corrina, Corrina”. Hopefully one day we will be able to perform this on a real stage with a real audience!“

Dave Dinsmore also speaks up and comments as follows:

“I was living in Kreuzberg, walking home one day and randomly saw Fynn, Phillip and Claus hanging out at a local record shop (Core-Tex Records).
We started talking, snapped some photos with the Core-Tex guys and decided we would meet up later for a skate-session at E-LOK Bowl.
As soon as I got home, I got a text from Claus asking me if I would want to record some bass on a song they were working on. I didn’t hesitate – of course I was down to jam with these dudes!
I invited them over later that day, and we laid down some tracks right there in my apartment.
I hadn´t touched a bass in more than a year and this particular fender precision bass of mine hadn´t even been opened yet. We recorded everything straight into a DI Box over my lousy speakers and only went through the song like 4 times. Never wrote anything down – just magically happened.
Later I would learn that Neil Fallon from Clutch would be singing on the song I played, which was an awesome surprise.
We ended the day with a rad skate session with the gang from Barrio Skate Shop. It was one of the most serendipitous, best days I’ve had in a really long time, surrounded by positive people and some of my favorite things – skating and music.”

Inspired from this session, the band is currently writing material for their 2019’s follow-up “The Hands Of Time”. 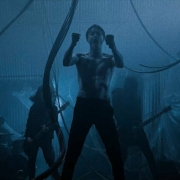 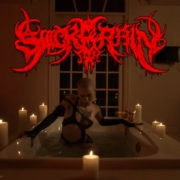 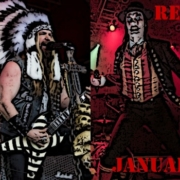 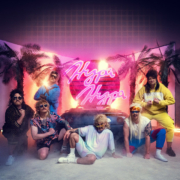 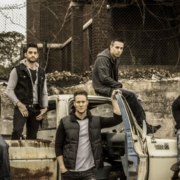