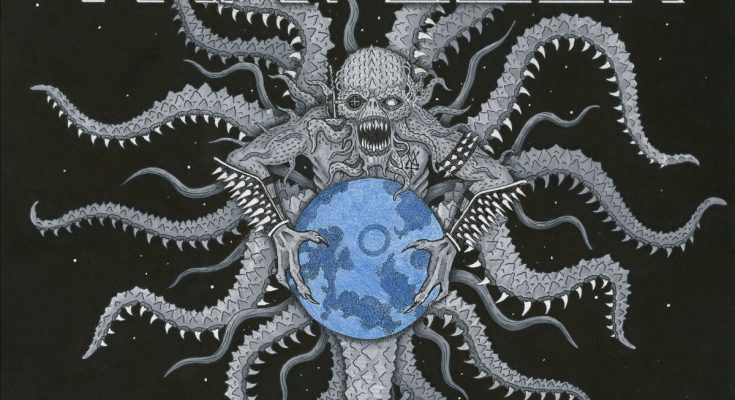 None of us grew up without listening to heavy metal music, for its massive influence has inspired many people. The music of heavy metal became unparalleled and beyond entertaining, thus thousands of bands emerged from around the world and brought to us the metallic and the aggressive styles which they have applied to this kind of music. If you are a fan of the 70’s hard rock bands, then I’m sure you have witnessed the golden era of bands like Scorpions, Deep Purple, Thin Lizzy, Kiss, Motörhead, Judas Priest, Black Sabbath, AC/DC,  and etc…
And if you are a fan of the 80’s heavy metal wave like Iron Maiden, Judas Priest, Manowar, Dio, Saxon, Accept, Manilla Road, King Diamond, … then you have followed the rise of this genre which continued to explore this musical style.

Those who believe that heavy metal music cannot be replicated or forged in our modern times must believe in the idea of incarnation. The evolution and the progression of this genre from the 70’s to 80’s reached the peak. And so the new generation has reflected upon its motif and for this reason that fire still burns in their hearts with ever growing passion. How many of you have plugged in the guitar and turned on the volume of the amplifier and played the notes of your favorite songs. Ok! Let’s say that you really suck at playing guitar, but how many of you have actually played guitar hero? Well, for the love of heavy metal music, Canada’s heavy metal band Traveler will transport you to that golden era of NWOBHM. The debut album from these youngsters has brought back what you have really missed.

I’m talking about the traditional ethos of the 80’s metal music. In such expressive style the authenticity and the presentation of the dual guitar melodies are filled with catchy and tuneful riffs that will make you head-bang continuously. No exaggerations here. I grew fond of Traveler’s self-titled album which is heavily influenced by legendary bands such as Iron Maiden and Judas Priest. The debut channels between the NWOBHM and the heavy contexts which contains with excellent lead guitar, solos and kicking riffs. Opening album Starbreaker had me all energized by the storming guitar riffs.

Traveler has delivered a catchy album filled with loud tunes, and it’s not necessary to be original here. The style just matches with the heavy metal bands which we all grew up listening to, presenting eight tracks which are highly enjoyable and set with virtuous performance of the organic music. Street Machine rushes in with the power of the tuneful melodies based on smashing riffs, the band is led by guitarist/vocalist and composer Matt Reis, who is virtuously expert in forging the classic style. The roots of NWOBHM resonates throughout the whole album with zeal and passion. The dual guitar melodies are inspired by early Iron Maiden and Judas Priest work, and that’s where the strength mostly lays within the harmonizing guitars and the sense of ardor of the vocalist.

He brings so much excitement to the music, that Traveler basically tackles the aggression of speed metal. This is a true worship of the 80’s classics approached with sheer power and charismatic vocal lines. Behind the Iron, Konamized and Up to you are straightforward tracks veined in the traditional style of heavy metal. The musicianship and memorability outlines this entire record that implements the traditional sound. Traveler doesn’t aim to push the boundaries to further limits, yet the band prefers to play it all safely without entering into more heavier territories.

But how convincing this record can be? Many other bands have replicated the same style over and over again. Bands like Enforcer, Ambush, Visigoth and many others. From my point of view, I can say that Traveler has delivered a very fine album. The energetic level of excellent melodies and heavy riffs appears again on tracks like Fallen Heroes and Mindless Maze. The more you listen to this debut, the more you will get mesmerized by the fascinating performance.

Considering the similarities with other legendary heavy metal bands I could think of Judas Priest 80’s classical albums such as The Defenders of the Faith, and Iron Maiden album Killers. The memorability of the songs lays within the rhythm guitars and the heavy riffs. These moments are precisely where the band radiates with the sheer power and the elegance of the vocals. The album is also based on the solidarity which is fully measured by the organic drumming and the classy delivery of the members. Closing track Speed Queen is a fast and up tempo track, and without sacrificing the quality of the heavy riffs, Traveler closes the album on high note. Finally this is a refreshing album and it’s a contemporary model of the classic heavy metal bands. 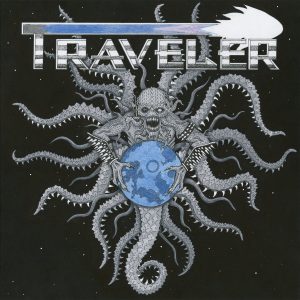