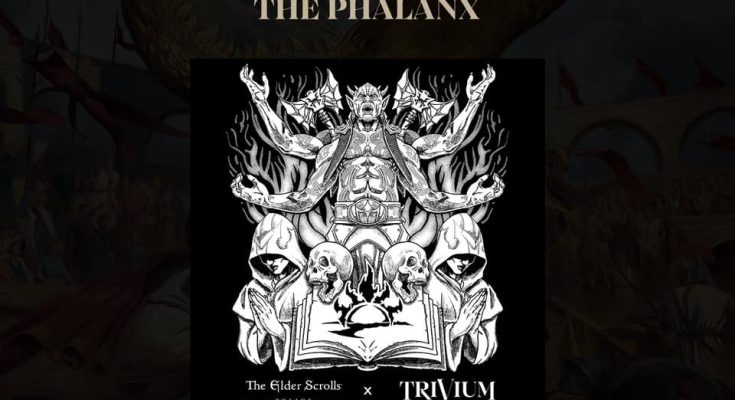 “The Phalanx” appears on Trivium‘s tenth album, In The Court Of The Dragon, out October 8 via longtime label Roadrunner Records. The record was produced and mixed by Josh Wilbur and recorded in the Fall of 2020 at Full Sail University in Orlando.

“‘The Phalanx’ was like an old muscle car sitting in the driveway with no engine, It was a demo from Shogun that had the middle section removed for another song (‘Torn Between Scylla and Charybdis’), demoed again on Silence in the Snow but ultimately scrapped, and now it has found its home on the new album. Once we knew the album was going in a more epic, proggy direction, I immediately thought of the song and pitched the idea to the others. With a few minor changes to some chorus parts, a brand middle section, and the orchestrations from Ihsahn, ‘The Phalanx’ was reborn. It’s got a lot of new and old riffs and I think you should dig this if you liked Shogun.”

Trivium partnered with Elder Scrolls Online to create the video, which premiered on their #GatesOfOblivion year-end stream on Bethesda Games‘ Twitch channel. Trivium‘s passion for Bethesda‘s vast collection of franchises made it a no-brainer for the band to officially partner with Elder Scrolls. The band members are fans of the game, especially with this year’s Elder Scrolls content, and the ties into Trivium’s music.

TAGIn the Court of the Dragon modern metal Roadrunner Records the phalanx trivium
Previous PostWage War released new album "Manic" as well as the video for the title track! Next PostSpiritbox smashed first week charts as 'Eternal Blue' debuts at #13 on Billboard Top 200 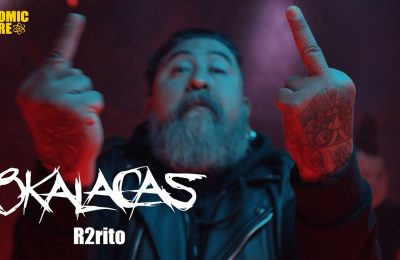