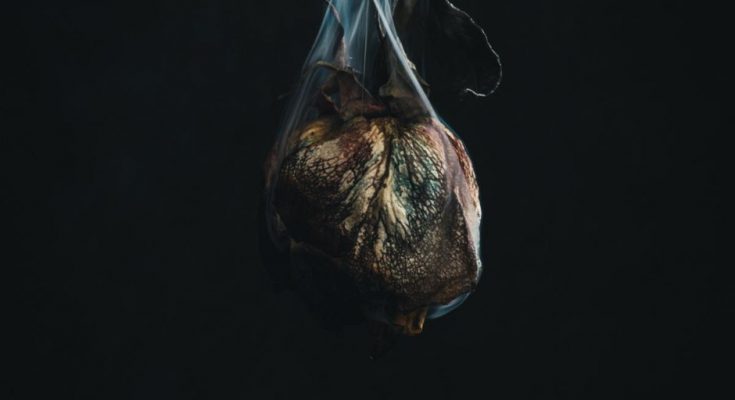 The ninth studioalbum by Trivium called ‘What the Dead Men Say’ and released on April 24th, 2020. Earlier on we already got to hear the first single of the album ‘Catastrophist’. A song that is like a book. It starts slow, giving you just enough information, but not too much at once so you’ll continue to read. You’re hooked on the story. Then, when all tension is build up, the chorus is there and all emotions flow out. Your ears get treated to harmonies of lead singer Matt Heafy’s screaming and the beautiful rhythm guitar underneath.

Later, we got two more singles. ‘Amongst the Shadows & the Stones‘ and title track ‘What the Dead Men Say’. By then, I saw stories popping up everywhere of people who listened to the songs and expected much of this album. I was exited about it too. Will this album live up to those expectations?

The album starts off with ‘IX’. Number 9 in Roman numbers. An instrumental track, a preparation for what is about to come on this ninth studio album. It fluently goes into ‘What the Dead Men Say’, making a nice long intro to this song. A relatively simple song lyric-wise, but complicated Trivium-style in the instrumentation: fast guitar solo’s, fast rhythm guitar, fast bass and fast drumming. That last one is played by Alex Bent. The same drummer as on their previous record ‘The Sin and the Sentence’, a first since long. Trivium seems to have found a drummer that ticks all the boxes. I have to say, Alex Bent does have extraordinary drumming skills.

‘Bleed Into Me’ starts with a beautiful bass line by Paolo Gregoletto, followed by clean vocals by Matt Heafy. A catchy song that will be remembered easily by the crowds, a singalong song for the middle of a set. ‘The Defiant’ goes full throttle again, starting off with a catchy riff by lead guitarist Corey Beaulieu. The harmonious chorus on this one goes straight to the heart and lifts you up. Album closer ‘The Ones We Leave Behind’ starts with a solid rhythm part combined with higher notes played over that rhythm. Harmonies cover the chorus and fast playing can be found in the verses. One last combination of everything that sums up Trivium in the last song of the album. Delicious. It gently fades away and leaves you with their latest masterpiece.

So, in the end, did they match the high expectations? YES, they absolutely did. This is a beast of an album. Trivium always goes down to the core of emotions. They go deep and you hear that in their albums. This one again is one that comes from deep inside, played with all that they’ve got. Trivium found a way to find the perfect balance between harmonies, screams and technicality. You should definitely give this album a listen if you’re fan of previous Trivium stuff, or if you want to check out a new band in the heavy metal/melodic metalcore genre that’s pure and true to the hart. Can’t wait to hear it live.

The style of this album is classic Trivium. Yet, even though it’s the same style that we’re used from them, it still feels new and refreshing. Even after seeing the band many times live, they are everything but boring. Trivium is always intense and energetic. So is their relation with the crowd. If you’re watching a live show or if you’re sitting at home, Matt Heafy never loses contact with fans. If he’s not able to interact physically, like right now with the covid-19 crisis going on, he uses youtube or his twitch channel to post videos or stream Trivium songs and game-plays. If you want to support the band, you can always buy their music on their official website. You can also become a supporter on Matt’s Twitch channel.