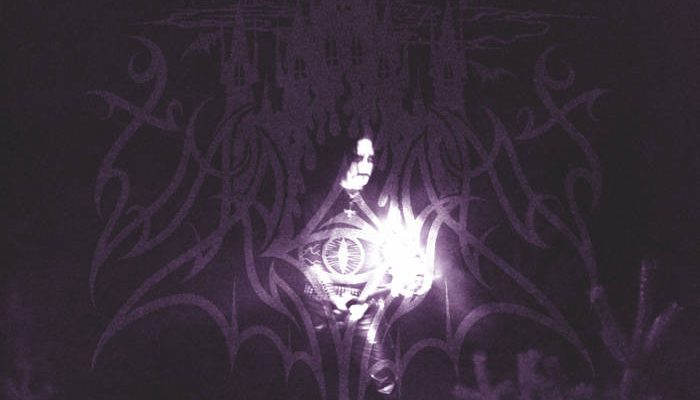 The Finnish metal scene in general has always been remarkable with idealistic and unique bands, and it has been looked upon as one of the biggest metal scenes in Europe. In the early 90s the phenomenal era of black metal music reached its peak with bands such as Beherit, Impaled Nazarene, Barathrum and many more. Finland’s black metal is almost equivalent to Swedish and Norwegian black metal scene with regards to quality and accomplishment. In the current days the question is whether the new bands can reach the same level of black metal bands of the early 90’s. As a unique sub-genre, black metal music has evolved from the first and second wave, the new groups seem to be stretching their sound and use new elements into their music. In such an era of diversity and innovation the deviation from the early black metal style has been altered by the newer bands. But there are newer acts that are still holding on to the traditional black metal sound. One of the newer bands from Finland is Vargrav which musically is embedded in the classic symphonic black metal.

Formed in 2015 under the starless nights of cold winter, Vargrav’s creative side came into existence by its sole member V-Khaoz who masters all the instruments. The one man band depicts his inspiration from Nordic black metal bands mainly from Norway, V-Khaoz evokes such similarities to the gods Emperor and Limbonic Art. The first track Netherstorm begins with a grand spectacle of orchestrations, when abruptly the destructive blizzard burst with chaos. Netherstorm portrays a melancholic soundscape of beautiful symphonies. The musical artistry of the band is transmitted to your imagination with majesty and awe. The raspy hissing vocals and sharp guitar riff merge perfectly with the sweeping melodies which are brilliantly layered to create a dark atmosphere. Shadowed Secrets Unmasked captures the listener with the omnipresent synth, and thunderous blast beats. Netherstorm takes you in a journey into the uncanny landscapes of magic and sorcery. Vargrav has perfectly resembled the second wave of symphonic black metal with an overwhelming art of purity. The thematic aspects of this debut album are cloaked with gloomy atmosphere, while the cover art is one frosty portrait of traditional old school black metal.

Ethereal Vision of a Monumental Cataclysm begins with a spellbinding choir when slowly the symphonies act as a driven force with the guitar riffs which are eminently sharp. The melancholic melodies and the tremolo pickings are derived from the early classics of symphonic black metal bands. Vargrav has crafted an outstanding debut and Netherstorm grips the sombre spirit of the winter. The fifth track Obedient Intolerant Ensnared is the longest track on this album and it elucidates the essence of black metal. The rich compositions of transitory strings, majestic piano and rhythmic atmosphere are so epic, the eerie synth works its magic and casts grim cinematic landscapes.

In Divine Embrace of Eternal Night is an instrumental piece intermixed with climatic sound effects. Despite of the reasonable time length Netherstorm offers a profound musical contemplation. The subtle level of majesty and symphonies are grandiosely integrated, and for this reason the album will have its effect on the listener. Finally this is an exceptional album, and if you like early Emperor, and Limbonic Art then I recommend you to check this wonderful album immediately!!!!

One thought on “Vargrav – Netherstorm”