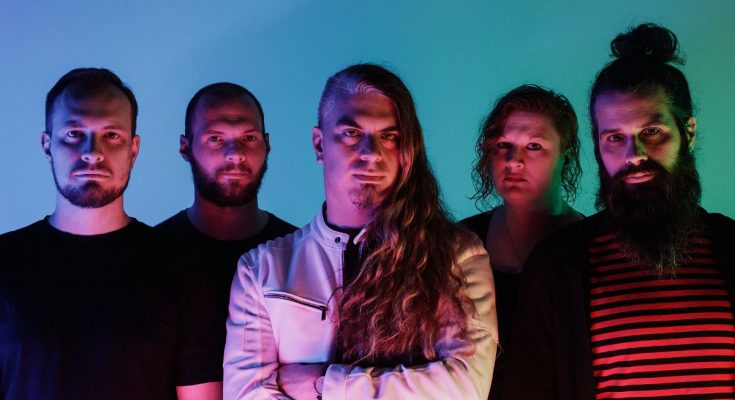 Australian pop/prog sensation VOYAGER are now releasing the next brand new track of their upcoming opus ‘Colours in the Sun’, which will be released on November 1 via Season of Mist!

The video, which was created  by Dark Spirit Photography, can be viewed via the official Metal Hammer YouTube channel at the link below!

Vocalist Danny comments on the video:

“Touring with Leprous around Europe and Australia, we became good friends with the guys – they are fantastic musicians and fantastic human beings. Einar has one of the most unique styles and grasp for vocal melodies in progressive music today and it would have been remiss of me not to ask him to guest on this track. I gave Einar free reign to do what he wanted – a risky move usually, but not with Mr Solberg. The end result is stunning – a truly catchy Voyager track with some soaring Solberg – it doesn’t get better than that!

Einar comments on the track:

“I was super happy to participate on “Entropy” with my good friends from Voyager. Very groovy stuff! Danny gave me some guidelines for vocals but I didn’t even listen to them.”

“I can confirm that Einar definitely didn’t listen to the reference track”. #surprisevocals”

VOYAGER have previously revealed the artwork and track-list of ‘Colours in the Sun‘, which can both be viewed below.

“Colours in the Sun is the most transcendent, layered, and effervescent album we have written and recorded. It’s poppy, but still holds weight with crunchy, powerful riffs. It’s a true reflection of Voyager – five individuals from different roots coming together and creating a unique sound under the Australian sun.”