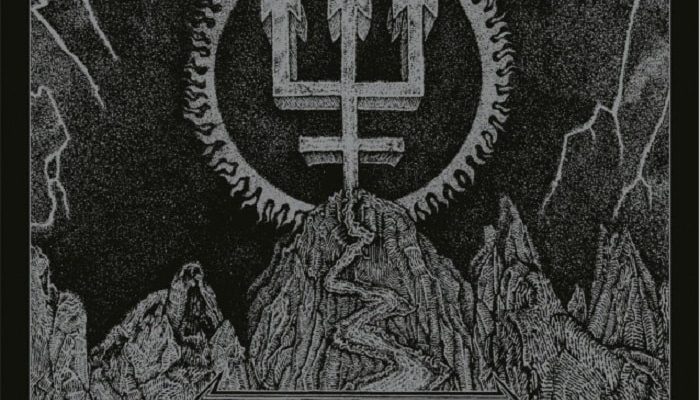 After suffering from a mental breakdown in 2010 , Erik Danielsson (vocals and bass) needed some time to recover. This has given Watain the opportunity to improve their sound. Erik, together with Hakan Johnsson (drums) and Pelle Forsberg (guitar) are releasing Trident Wolf Eclipse, their 6th full length album, via Century Media Records.

Trident Wolf Eclipse is a vicious, wild album with fast and trashy songs. Watain seems to have removed all unnecessary parts from their music leaving a wolf ready to pounce and dig deep in your skin. The album starts with Nuclear Alchemy, a song with screaming guitar solos and fast, unexpected sound and dynamic changes making this a great opening song. The rapid switches from guitar solos or the screams from Erik carry you away in the music, making you feel like riding a wild animal. Ultra (pandemoniac) follows the same setup as Nuclear Alchemy changing fast and unexpected.

Teufelsreich changes the speed, but going slower does not mean that Watain loses their strength. The lack of speed is filled up by the blasting drums giving them a chance to shine.

Trident Wolf Eclipse is another great album by Watain proving they are still going strong after almost 20 years and a burnout, which has clearly had a big influence on their music.

Watain has managed to produce an album that didn’t lose most of it’s power during the mixing. The only negative I can say is that there are only eight songs. With the speed of the songs it feels like you have played through the entire album in no time