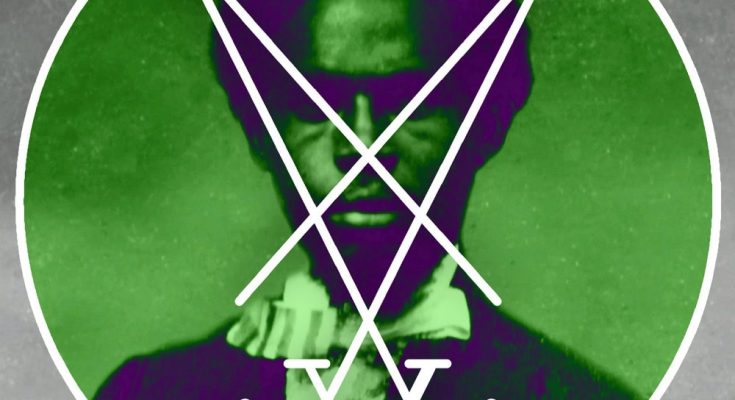 Zeal & Ardor is a musical project by Swiss-American songwriter/soundscaper Manuel Gagneux. My attention got caught by his debut album Devil Is Fine and as a music addict this was a very pleasant surprise. You get a serving of 25 minutes of art that is a blend of black metal, Delta blues, field recordings, jazz, ring shouts, music box melodies, glitchy hip-hop beats, soul and gospel. Manuel apparently got the idea through rather unconventional ways, namely the messageboards of the notorious 4chan website on which a member suggested to blend black metal with “nigger music”. Rather intrigued by the idea than offended, Manuel (an Afro-American himself) pursued the idea and dug into the history of both music styles. He found that there was a link between the defiance in the slave spirituals and work songs of Afro-American music and the one of Norwegian black metal towards Christianity. That was his starting point and I’m honored to have the result in my player. The album cover already tells you much of the blend of styles, featuring striking artwork with Robert Smalls, who was a heroic escaped Civil War-era slave who became a pioneering US politician, with the Sigil of Lucifer or Seal of Satan on top.

The first track and title song Devil Is Fine sets the mood for the album absolutely perfectly with rhythmic chanting combined with the sound of clanking chains giving way to some dark and brooding Delta blues/soul vibe. Being a big fan of old blues and soul, the rhythm immediately made me move along and dragged me right into the album. There’s not much black metal to be found yet except for some atmospheric riffs now and then in the background. Nevertheless it’s an incredibly haunting song that somehow still matches the ideology of rawness to be found in black metal and serves as the perfect intro for what is to come…

In Ashes kicks in immediately strongly with black metal riffs with almost ritualistic vocals singing “Burn the young boy, burn him good”, which gives a bluesy and almost gospel feel to it. After almost a minute the intensity gets raised in both music and vocals, with Manuel almost shouting. On regular intervals you hear a black metal scream as well and more towards the end that scream really takes over. Confusingly enough Sacrilegium I (part of a triplet of instrumental songs) brings in choppy hip hop/trip hop/trap beats combined with old recordings of what I presume are black people talking and singing. A track that somehow, even though being a complete opposite of almost everything else, still fits in all too well on album. Come on Down goes back to that perfect blend of Delta blues and black metal starting off with a hand-clap rhythmic blues that explodes into raw black metal with blast beats and screaming on regular intervals. There’s also a little bit in there of which the melody reminds me so much of the Ray Charles classic I Got A Woman.

One of my favorite tracks is most definitely Children’s Summon, starting off with a melody that makes me think of a music box before bursting into full on black metal. That music box tune gets repeated throughout the song and the Satanistic incantation added to it in between harsh parts makes the song one of the darkest and most haunting pieces on this record. This only gets highlighted more by the following Sacrilegium II, which basically focuses on that earlier music box sound.

Blood in the River starts again with that very bluesy rhythm and brings back the sound of clanging chains. Singing that “a good god is a dead one, a good god is the one that brings the fire, a good lord is the dark one, a good lord is the one that brings the fire” combined with the screaming in the background makes sure you don’t miss the darkness and hints at the one dark lord Satan. The following track is probably one of the most creepy songs on the whole record: What Is a Killer Like You Gonna Do Here?. A jazzy, bayou-swampy sound on which he’s almost crooning in a deep voice to the killer in question. Closer Sacrilegium III ends this little gem perfectly with yet another completely different instrumental piece.

Devil Is Fine is without any question one of the most interesting, original and thought-provoking pieces of music art that has been released in a while. It was already released in 2016 on streaming platforms, but I’m so happy that it now also got an “official” release through a label so we can bring this to your attention again. This album feels so pure, raw and honest that it will strike a chord with anyone who is open to new experiences and “different” music. For me personally this is one of the biggest surprises of the year and I don’t immediately see anything top it. Zeal & Ardor is embarking on a first ever European tour with stops at the renowned Roadburn festival and Best Kept Secret among many other dates, go check them out if you can ’cause I think this could be a real interesting experience!