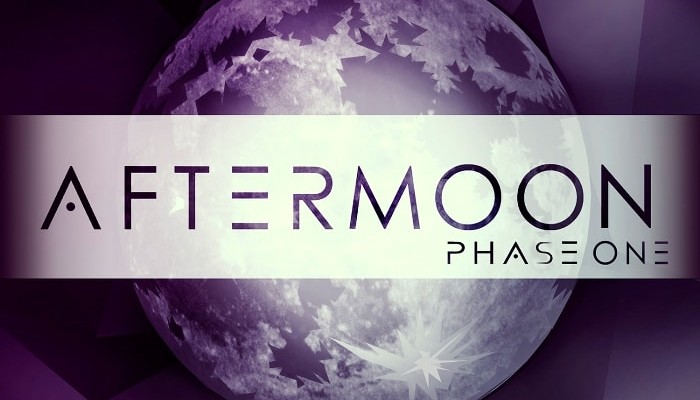 Ukraine-based band Aftermoon has been around for about 4 years now and is already pretty big in their homeland. They’ve been putting down energetic sets filled with a mix of extreme metal, acoustic music, melodic beauty, electronic riddles and hard riffing. They put themselves under the category of modern metal. And now they’ve released their debut album Phase One to please your ears.

Looking at some of the live videos they have on their YouTube channel, they can put down quite a show. And it seems you could get something else at every show. I’ve seen covers of Slipknot, Cradle of Filth and Dimmu Borgir songs that were really damn good. And on the other hand they have piano and vocal driven songs loaded with emotion, melody and atmosphere.

With first song In Loving Memory you already get an idea of what you can expect of this album. It starts with an electronic tune combined with some piano and a deep voice saying some introducing lines. After which the guitar riffs get added with the electronic tune going on strong. When Valeri starts singing you get a wonderfully beautiful voice on your plate. She might not be really well known yet in the metal and hard rock community, but she can definitely go up against great voices like the ones from Nemesea (Manda Ophuis), Within Temptation (Sharon den Adel) and the lot.

The second song Lumia is a great early ear catcher with a fully Ukrainian song text, it’s a lovely change of scenery. When Cold starts, it’s mostly  voice driven with a simple musical backdrop. But when they go heavier the second time, Valeri decides to take out her quite vicious scream/grunt. I really didn’t expect that kind of noise coming from someone with such a sweet voice. Besides that there are a few moments in the song where she goes almost “spoken-word” and the way she sounds in it makes me think really much of work of Otep Shamaya. And that comes back for a bit again in Runaway, which has a great groove to it overall.

One other song that really caught my attention quickly is the very dark Daemons, which is infused perfectly with electronic elements and enhanced voices. It brings across the feeling and message of sinning and demons, one of the more great tracks on the record in my opinion. Besides all the great metal songs there’s a little oasis of peace and calm to be found in the more calm songs like Losing Me and bonus song To You. It shows a different side of them that actually produces radio quality and friendly songs. Great stuff!

Aftermoon is a band with definitely a lot of potential and will most likely attract quite some fans of female fronted metal and hard rock. And live they seem like delivering very energetic and great performances. I can see quite some elements that could lead to absolutely great songs, but for my taste it’s still a little bit too safe. Valeri has a damn great voice and I know she has one mean grunt/scream that I’d like to hear a bit more of in their songs. Phase One is definitely a great step up to further greatness, a 7/10 is quite fitting here. 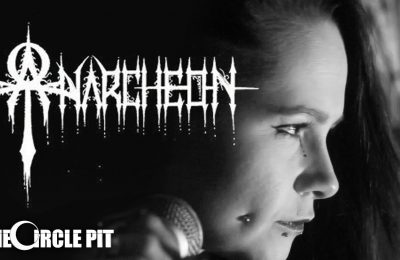