Last year a lot of pandemic studio projects sprang up. EXIL however just had the misfortune of forming in the middle of the world shutting down to shit. So, no gigs, just straight for full-length album: 11 tracks, 26 minutes of pure ferocious hardcore punk, ‘Warning‘. Three quarters of the band are born and raised Umeå Hardcore. Their paths have crossed before, going back some 25 years. But EXIL are based in Stockholm. It’s a hellish neo-liberal experiment of a capital city. EXIL play fast, stupid music with smart lyrics permeated with a sense of alienated bleakness.

EXIL got angry, got busy and now they’re out to get you. Right from the start, the music goes fast and hard. A couple of guitar chords, in come the drums and off we go. The guitar and bass have a great distorted tone to them. And the extra bit of dirt on the bass greatly complements the overall sound. The first two songs on the album even tend to go a bit into crossover / thrash territory. Although of course the hardcore vibe is ever present.

Next comes the old school hardcore most people will want to hear when they listen to this album. All members are old seasoned punks and with these songs, they really seem to try to make us go there again. From the moment the drum roll gets accompaniment from the bass guitar, you’re taken back to the concerts of the past. Times when stage-diving was what it was all about and where if you weren’t sore they afterwards you didn’t have fun. Especially with these later songs, I couldn’t help but be reminded of RKL.

Towards the later tracks in the album, the rhythms in the songs are getting more mixed up. And this variety certainly keeps the groove going. It grabs your attention and the great beats from drummer André (former The Vicious, U.X. Vileheads) really drives the tracks home. Together with bass player Kristofer (former Axis of Despair) they lock in the groove and don’t seem to want to let go. The lyrics of the album mostly focus on troubles of living in the big city. There’s economic injustice, parasitic landlords and the poverty of individualism. Cause in the end, it’s not just about the music but also about the message. Especially in these uncertain times which have had their influence on the music.

Overall ‘Warning‘ is a great album, recorded by Kenko at Communichaos Media Clay Station. It’s a pity the band had the misfortune of coming together when they did. Because the only thing which would make this release even better, would be some savage gigs to go along with it. Let’s hope none of us have to wait to long for this. And to EXIL, keep ’em coming like this. 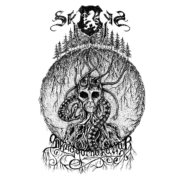 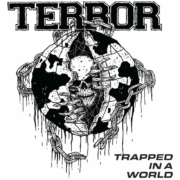 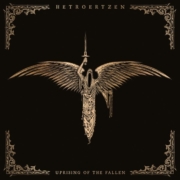 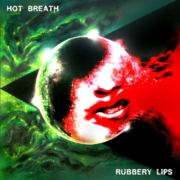 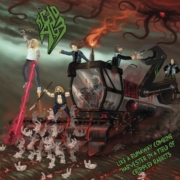 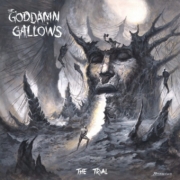 The Goddamn Gallows – The Trial
0 replies