Hailing from Uusima, Helsinki, Finland the third album by the Finnish death/doom band Krypts is achieved through dramatic rendering. The band was established in the year 2008 and was later picked by the underground label Dark Descent Records. Krypts soon became an unrivaled example of death and doom metal bands. Literally the new album “Cadaver Circulation” is drenched in gloomy shades of melancholy, the songwriting shows a significant progress from the previous albums. The new songs are less murky and it includes six tracks of malicious death/doom metal. All this results into a soul crushing experience of excellent musical arrangements. Cadaver Circulation wanders through the abysmal depths of sinister doom metal, and simultaneously boost torturous death metal riffs. This bold assertion in the general sound quality is a huge step leading the band to cross new boundaries.

The third album is a transcending experience where the music slithers to the uncanny dimensions of supernatural horror. Krypts interpretations to death/doom metal can be personified as slow and rhythmic drum beats to sudden abruptness. Deep resounding growls and heavy laden death metal riffs that create dreadful segments. Once again the Finnish quartet sensationalize their distinctive sound, Cadaver Circulation is a profound album where the band opens the portals to the mysterious dimensions of darkness. Opening track Sinking Transient Waters initiates into mysterious atmosphere, the crushing drums and the churning guitar riffs stir the motion. And the spectral growls reflects the malicious dark spirit of the abyss. This overview of the first track shows how the band affiliates their style to old school death metal. The funeral dirges and slow guitar riffs are brought into sensible quality.

Krypts musical style somehow resembles other death metal bands that combines slow dirges without emphasizing on ethereal melodies. And when it comes to such categories we have many great bands that play this kind of style such as Disma, Ritual Necromancy, Spectral Voice, Ossuarium and more. The Reek of Loss somehow varies from the opening track, the creepy mysterious chords, and the growls are integrated to create an organic sound. Each moment brings us into an expressive sonic motion. This clearly shows how the band has been able to expand their sound from the previous albums Unending Degradation and Remnants of Expansion.

The morbid sepulchral mood inflicts the listener by merging the putrid death metal style of old school such as Incantation. The dynamic changes are carefully measured within the tracks that proceeds slowly like a funereal march into the realms of death. The effect of the low guitars and slow tempo swirl in the background while the percussion produce the lethargic beats. Echoes Emanate Forms generates a bleak atmosphere and the heavy rhythmic guitars adds the tonality to the song. Krypts have increased their creativity on Cadaver Circulation, deepening the focus on the low tuned guitars that creates one of the most uncanny sensations that you’ll ever experience.

The wistful and haunting atmosphere is sprawled all over the six new tracks, the fourth song Mycelium is the shortest track on the album and it is composed of blast beats and wicked growls of high pitch, the dissonant chords and thick pulsating bass lines is what makes this track so attractive. The somber dirges will cause you a sudden shock, the song is dark and the heavy guitar cadence are inflatable. Vanishing oozes slowly and builds up into a brutal death metal track. The intensive guitar riffs are ominous, while the vitriol growls have that gnarly influence. Krypts have exploit their talents to measureless scales, the final track Circling the Between is eight minutes long and has a great monstrous effects.

The song opens with twisted guitar riffs and slow drumming work, but within these drifting soundscapes the guitars creates the atmospheric aura. The remarkable guitar tone is beautifully composed here, the slow moving tempo and the frenzied growls which are very similar to black metal. Ephemeral blast beats are applied to a greater sense, this is one of the most profound death/doom albums of the year. Krypts continues to impress the fans of death/doom, and their latest album Cadaver Circulation remains beyond the ordinary albums. 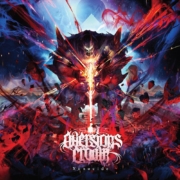 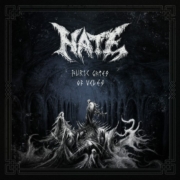 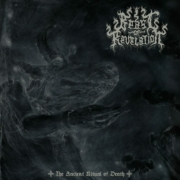 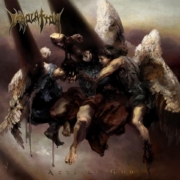 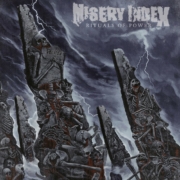 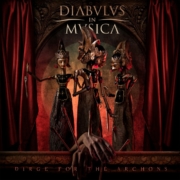 Diabulus In Musica – Dirge For The Archons
0 replies