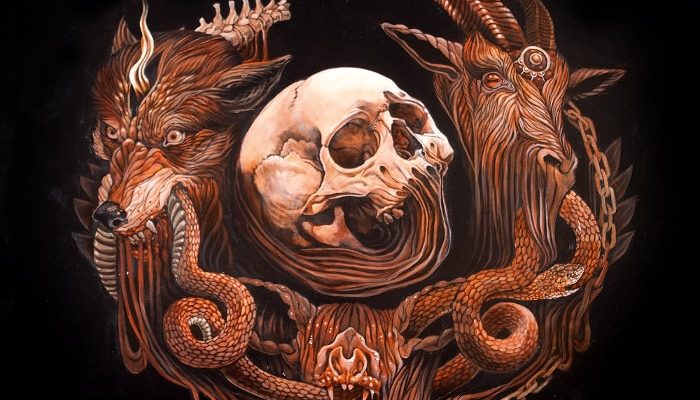 I don’t think there’s a single self-respecting metalhead that hasn’t at least heard of Arch Enemy. The melodic death metal band from Sweden has delivered quite some great songs that ended up becoming metal classics. Not too surprising considering the magnitude of the combined forces of the band members, you could almost call this a super group… They definitely set the bar in the genre and especially with an empowering and ever impressive Angela Gossow they have risen to the top and still are up there. This is the 3rd year that Alissa White-Gluz is fronting the band, growling her lungs out at the many always impressive shows of this touring machine. This year brings also the second release with her on vocals and the first for Jeff Loomis (ex-Nevermore) as second guitarist: Will To Power. Being one of the most looked forward releases of the year, especially by their fans, we just had to give this a spin.

After a short instrumental intro, we stumble in to The Race and here we get what Arch Enemy are so well known and loved for. Blazing death metal guitars pushed forward by the pounding drums, poured over with a sauce of melody and hooks. Alissa proves from the first track on what a skilled vocalist she is and growls her way through the lyrics with a certain grit and ferocity. Their first single The World Is Yours accomplishes much the same, for me personally it’s the one track that sticks the most to my head for sure. It’s heavy, but at the same time in the chorus they add a layer of more power metal feeling melody that just burns this song in my grey matter. Despite the rather cliche lyrics, the song carries a message of empowerment and positivism you wouldn’t immediately expect from a band like this.

And that brings us to what most likely will be the most talked about song of the album: Reason To Believe. Mostly because of it featuring clean vocals by Alissa almost throughout. I have mixed feelings about this: the song actually sounds pretty good and the vocals damn powerful. That was sort of to be expected if you’ve heard what Alissa has done before vocally for The Agonist and Kamelot. It’s just really weird to hear a band that is so well-known for their sometimes heavier than heavy music come with what you could call a (power) ballad for them. I’m curious to see what they might do with clean vocals in the future still. This was definitely a good little taste of what could be possible on this level.

For those who aren’t a big fan of what just took place, it seems like they want to reassure you. Murder Scene kicks in with a rumbling bass, being the interlude for the guitar shredding and drum beats taking you back to that classic Arch Enemy sound. The lyrics are also on a whole different level here, just like on the highly interesting and almost evil sounding down tempo First Day In Hell. That would be one small piece of advice I’d want to drop: maybe let Alissa write the lyrics for a few more songs than just half of them. Because no matter for all the musical talent and skills you possess, Michael Amott, writing lyrics isn’t really your forte compared to what she produces.

Whatever you want to say about Arch Enemy, one thing is sure: their music play is damn great and the vocals are as always top as well. There are just some songs that don’t seem to stick, they don’t get me totally excited. A bunch of the tracks are pretty great and will do well live for sure, just a pity that not the whole record puts down the same quality and memorability. Will To Power will probably please a lot of metalfans still and I didn’t feel like I wasted my time completely. But just like the occasional blockbuster I watch, I don’t feel the need to go through it again completely any time soon. I’ll pick out a few tracks and at least we know that live they’ll keep on kicking ass and taking names… we’ll be looking forward to see them on the road again to promote this album! 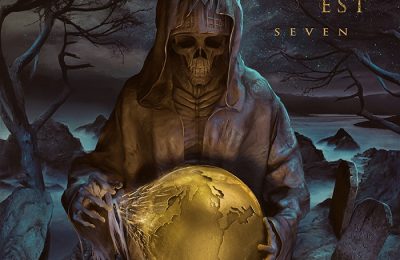