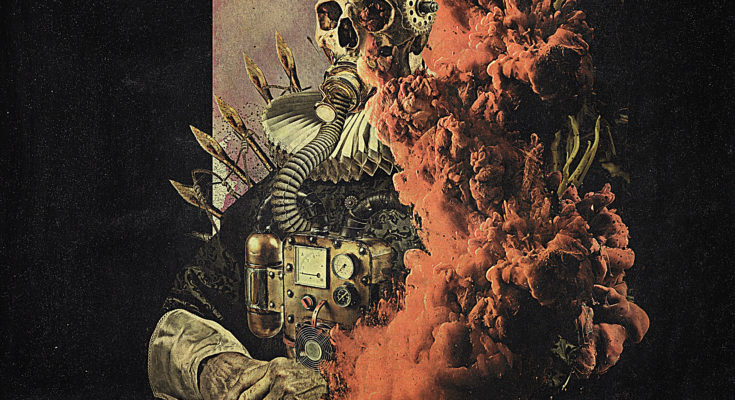 It’s been eight long years since we’d heard anything new from Canadian tech death masters Beneath The Massacre. Their last record ‘Incongruous’ was good and fell pretty much in line with their previous releases, which were brutal as hell. After all this time they return to bring us a new chapter in their discography of destruction, entitled ‘Fearmonger’. It’s not hard to see that the title is most relevant for the times we live in. But is the music still as relevant as it was almost a decade ago? Let’s find out.

‘Fearmonger‘ is in reality a fairly straightforward album which doesn’t allow you to take any breaks. We get a calm and extremely misleading twenty-second intro before Beneath the Massacre enter quite suddenly, yet not entirely unexpectedly, with an explosion of blast beats and riffs that are sure to melt you face right off. The band wants you to know from track one they’re not messing around. They keep up the same pummeling pace throughout the record, never once allowing you to catch your breath.

Vocalist Elliot Desgagnés has an absolutely powerful and monstrous voice. He sounds like a demon coming for your very soul, alternating from menacing elongated growls to fast-paced scatting grunts, although these are rarer than the former. He goes on like this for the record’s entirety. It could almost be described as oppressive to the ears, if it weren’t that damn awesome.

Guitarist Chris Bradley defies the laws of physics and what was previously considered an acceptable playing speed. The man is simply nuts tossing in sweeps, arpeggios and finger taps in between almost every riff. His brother and bassist Dennis has plenty of time to shine as well, as you can hear him throw in a few technical moves as well. Both perform such impressive play styles while keeping up crazy speeds, that you start wondering if they’re terminators come back to annihilate human guitarists by demotivating them, as it seems none will ever reach their machine-like mastery.

Overall song length is rather short, but when your drummer is going this fast you just gotta cut the guy some slack. ‘Fearmonger‘ has some of the fastest and most intense human drumming I’ve ever heard. The entire record consists of him almost exclusively performing consecutive blast beats. The only difference is the speed at which they’re played. He throws in a breakdown and alternate rhythms here and there but they’re pretty scarce. It is clear that when they got Shadow Of Intent‘s Anthony Barone to join the band, they struck gold. Only he strikes like a madman. I’ve seen those boys play live last December, and let me assure you the man keeps up.

‘Fearmonger‘ is Beneath The Massacre‘s best and most impressive album to date. It seems the Canadian tech death quartet have not only not lost it, they have found it again, and perfected it to such an extent that it surpasses the old albums by a leap. This record is brimming with talent and you simply have to listen to it to realize it.

3 thoughts on “Beneath The Massacre – Fearmonger”