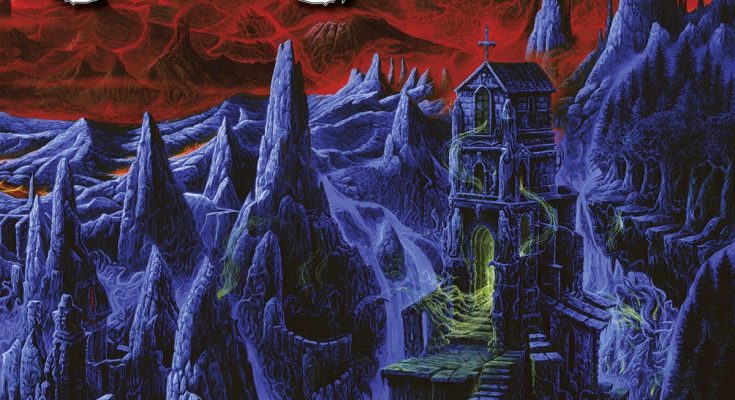 Belgium’s contribution to extreme metal music has been very modest in the last two decades, in relation to this subject I remember coming across this Belgian death metal band known as Torturerama in 2016 who has released a great debut but sadly the band decided to quit after that. Other than the mentioned band we have Aborted who seems lively and diligently hardworking. Well this review is about the arrival of a new potential band known as Carnation who makes an interesting debut. Based in Antwerp, Belgium this quintet death metal act appears to be enthused with their first output entitled Chapel of Abhorrence. After releasing one E.P. in 2015, and a live album followed by a single in 2017 the band was picked by Season of Mist the giant French underground label.

Chapel of Abhorrence doesn’t bring anything new to the table but it definitely stirs the vibe of old school death metal in rather a refreshing way. With a massive opening track The Whisperer which is a recollection of what the Swedish masters Dismember used to gratify their fans with buzz sawing guitars, driven with HM-2 distortions and pummelling drums. The Whisperer is a heavy death metal track with effective growls, this track is one of my favourite on this album kicking for about six minutes in duration, the guitars makes a great transition from death to doom metal carried out with slower parts and crushing double bass.

Carnation seems to be moved by high enthusiasm, delivering more than any listener would expect from this band! Talking about the album cover, it somehow reminds of Benediction’s 1993 album Transcend the Rubicon except the colour schemes are bit different here. But it definitely brings back the classic album covers from the 90’s archives. Chapel of Abhorrence is stuffed with hefty amount of brutality and pumping riffs, the solos in Hellfire are very handy yet the band seems unstoppable, Vincent Verstrepen hammers hard and loud on drums the tracks are overwhelmed by the double bass.

Those Belgians tends to take the direction of the old school vibe carefully and if you listen to this album you’ll notice the heavy chords which have a lot of variety. The performance is inclusively straightforward and raw, one thing I noticed while listening to this album is that Simon Duson guttural vocals are very similar to George the Corpse Grinder the vocalist of Cannibal Corpse, his brutal vocals adds this punchy feel to the eleven tracks of this album.

While riffing with sheer quality and confidence tracks like The Unconquerable Sun delivers some pulverizing grooves and death metal riffage right into your face. The entire albums is extremely varied in terms of nifty riffs, and rapid solos, the heavy churning of the guitars sound has this Entombed sensation and they’re vigorously lethal. Carnation display’s their cosmopolitan side yet there are some hints from early Deicide. Disciples of Bloodlust and Hatred Unleashed are served with organic death metal vibe, guitarist Bert Vervoort and Jonathan Verstrepen truly understand the technical structures of the death metal riffs. There are elements from thrash metal laced within the songs. Tracks like Plaguebreeder and Magnum Chaos are torturous in the sense of brutality, pumping with powerful chugs while the drums and percussion functions so organically.

There some blast beats installed in Magnum Chaos, the shift between the thrash metal and grooves shows the real potential of this band that has some surprising gimmicks. Sermon of the Dead is their most vicious song on this album and has some memorable parts. The track begins ominously slow directing more towards doom metal, when the muffling explosive sound of the buzz-sawing guitars makes a fast shift into ultra death metal territories.

While having the running time over 47 minutes, some might complain of album length, but I personally think if the band had limited the tracks under 10 tracks would have been better. Carnation’s debut album is a great release despite of the minor flaws in the album, Chapel of Abhorrence pays a very good tribute to old school death metal. For fans of Cannibal Corpse and Dismember check this album right now. 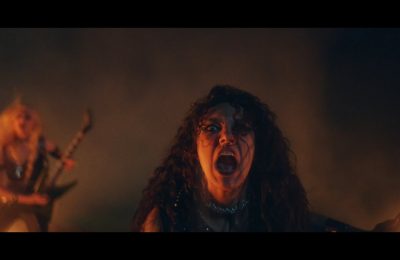