Home Death Metal Coffin Rot – A Monument to the Death 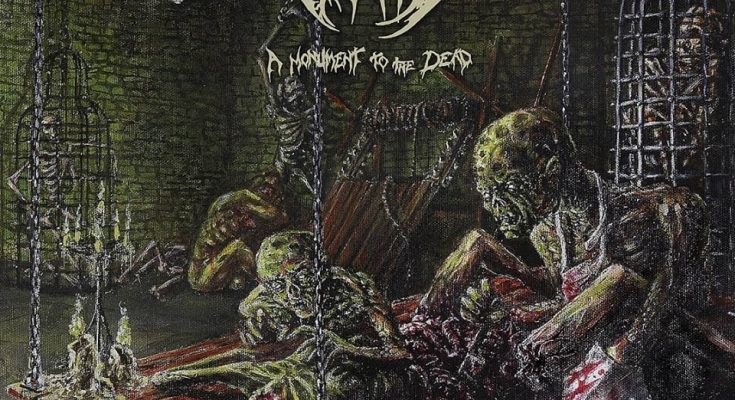 There have been so many great death metal bands coming out from Oregon, Portland lately and it seems that this city is becoming a real hub for young death metal acts. Coffin Rot is yet another band to be added to the list of the new death metal bands which I have discovered in the last couple of years. The U.S. quartet plays the rotten style of old school death metal inspired by the Floridian death metal bands such as Cannibal Corpse and Obituary. A Monument to the Death is the debut album released by Rotted Life Records, in fact this is a killer debut by an enthusiastic and talented band. What grabbed me most about this band was the sick and the gruesome album cover.

Coffin Rot was formed in 2017 by the two brothers vocalist Hayden Johnson, and drummer Derek Johnson. Including guitarist Tre Guertner and bassist Brandon Martinez. A Monument to the Death is consist of eight full tracks that are soaked in vile death metal. The band summarize their iteration of death metal through a running time of 32 minutes delivering an old school death metal savagery.

The Coffin Rot debut is based on the prospect of 90’s Floridian brutal death metal, their songs are infused with thrashy guitars and bludgeoning drums and this is how they keep an organic tempo flowing. The sense of kinetic energy seems to be injected in the body of the song. There is also a good mixture of groove and chugging riffs. The first highlight of the album is the opening track Copremesis which sticks to the formulaic style of guttural death metal. The band provides an easy and enjoyable listen due to the fact that the tracks sound accessible and straight forward in the vein of the 90’s death metal. The following song Saw Blade Suicide is a fast-paced death metal track launching into rapid tempo, those who are familiar with the early albums of Cannibal Corpse “Eaten Back to Life” will definitely see the similarities in the band’s debut album.

The guitar sections are triggered by tremolos, Coffin Rot is an extreme breed of death metal. On Miasma of Barbarity the guitars are heavily laden with distortion shifting straight into heavy bulldozer riff. The raw and the vitality of the songs on the album are formulaic and there is a sense of pure old school style of American death metal in them. Coffin Rot has the ability to push the guitar to sound heavy bringing a mass of shredding riffs. To higher kinetic degree of groove and bludgeoning drums Forced-Self Consumption is another killer track on the debut album that includes occasional blast beats and double bass sections. The transformation of the guitar riffs from groove to massive shredding are nicely performed.

Coffin Rot fires another ballistic missile on the 5th track Necrotized, providing an organic quality to the track, in effect to the increased tempo the old school death metal squad morphs into fast paced tempo. The approach here is very kinetic and shows a great standard of the 90’s Floridian death metal. Coffin Rot provides a variety of heavy riffs and the entirety of the debut is a chunk full of thrashy aggressive riffs processed professionally. The next track Incubation of Madness shifts slowly when the drums begins pummeling with blast beats and fast pacing followed by a heavy barrage of guitar riffs. The band displays several of elements from the Swedish and the 90’s style of Dutch death metal.

A Monument to the Death is a brutal zombified death metal album. There are moments when the guitars launch frenzied solos on 6th track Incubation of Madness and they are very similar to the style of Chuck Schuldiner of Death. The most exciting tracks are Forced Self-Consumption, Incubation of Madness and Mechanical Separation which are likely among the faster tracks. What makes the debut so successful is the fast style of riffing and the brutality which they impose. Coffin Rot on their debut album crushes the maggot and the skulls. When it comes to chopping the drums provides the dynamics to the tracks along with the riffs.

The final track “Coffin Rot” is the longest song which hits the duration of 7 minutes long. Building on massive chugging riffs and double bass, with monstrous deep growls echoing from the cavernous caves. However Coffin Rot hits hard and it’s yet another raw and volatile track, finally this is a strong debut album from the Oregon based death metal squad who managed to capture the fans of old school death metal with such a fantastic album, this album is definitely worthy of your attention. 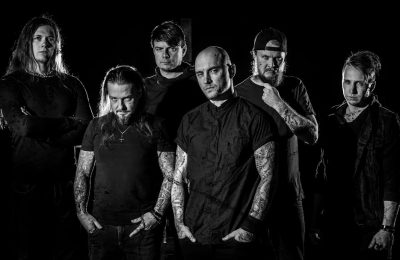