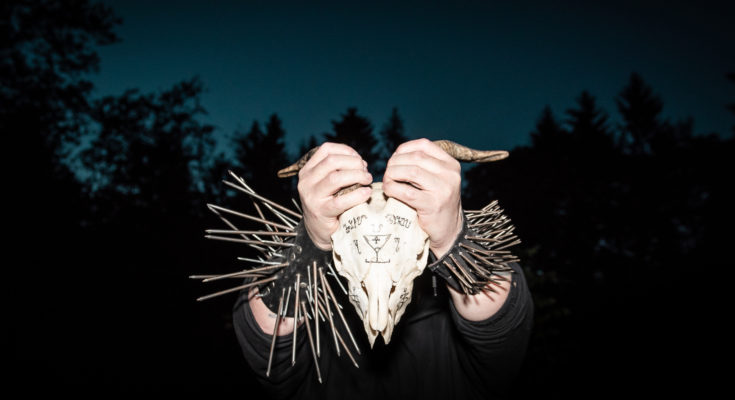 Consouling Sounds announces a new addition to their roster: Ulveblod!

Since 2006, Vitriol and M. have been crafting their own, unique version of black metal as Nihill. Internationally recognised as one of the leading bands to combine old school influences with avant-garde experimentation and an almost infuriating, hypnotic repetition. With the passing of singer and founding member M., the cult of Nihill has come to a grinding halt.

Main guitarist and producer Vitriol has now created a new vessel for the void, called Ulveblod. The band is using some of the same session players as Nihill did, but with tracks that have all last shreds of sanity and comprehension stripped away. Ulveblod is pure, chaotic channeling of an inner anger and a feeling of senselessness, set to music. The bands’ first album ‘Omnia Mors Aequat‘ will be released simultaneously with their debut show on the acclaimed Roadburn Festival 2020, where it will be played integrally and set to a tailor made video accompagnement which will also be executed live… This unique show is surely one of those ‘not to be missed’ slots on an already stellar line-up!

Roadburn Festival premièred the first track ‘In The Shadow Of Sephira Keter’ of Ulveblod‘s upcoming album ‘Omnia Mors Aequat’. To be released during the festival (April, 17)

“We are extremely honoured, then, to have Roadburn 2020 host both of these occasions. Omnia Mors Aequat, as the album is ominously called, will be released on all formats on April 17th, the very same day Ulveblod will channel their uncontrolled fury onstage for the first time at Roadburn, where they will perform it in full accompanied by a special video produced for the occasion. Suffice to say this will surely be one of those “were you there?” shows that future Roadburn generations will evoke reverentially, so you know where to be when the time comes.

We don’t expect you to just take our word for it when it comes to this band, which is why – along with this announcement – we’re thrilled to be premiering the video for the first track to be taken from the above mentioned album, In The Shadow Of Sephirah Keter.”