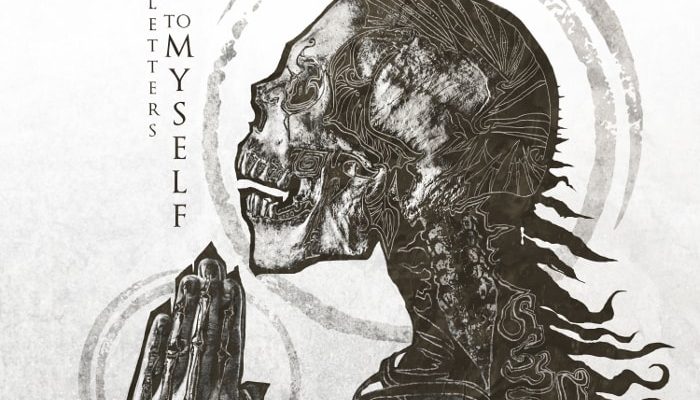 When, almost out of nowhere, the announcement came of  the debut album by Cyhra, at first no one really knew what band this was. Until we all discovered that we were talking about basically another one of those supergroups. And one with quite some pedigree when you see the high caliber of its members. We’re talking about some of the top of metal musicians from the Nordic countries: former In Flames guitarist Jesper Strömblad and bassist Peter Iwers, former Amaranthe vocalist Jake E, former Annihilator and current Rhapsody drummer Alex Landenburg and latest addition former Shining (SWE) guitarist Euge Valovirta. Time for us to check out if their debut Letters to Myself delivers really the sum of all that talent or will be rather a bit of a letdown like so many supergroups.

With the opener and first single Karma we immediately get an answer to that. This track is really a gathering of all the strengths of each member’s former bands… Some electronic elements with the instantly recognizable melodic guitar riffs and hooks from Jesper, groovy bass lines from Peter, driving drums from Alex and powerfully catchy and soaring clean vocals by Jake E. Complete with a bridge with some cool solos and harmonized shouting during the chorus, this track brings everything a modern metal band should be about: hooks, melody and emotional power.

And that’s the consistent line throughout the whole album. There isn’t a single song that isn’t somewhat of an earworm and the lyrics and music hold a shitload of empowering emotion. It’s a dark album reflecting everything that life is, still holding enough positivism that the songs will prove to be a “pick me up” for many of their future fans. Because of that consistency and overall catchiness it’s really difficult to pick out favorite songs that really stick out, but they still manage to keep things interesting enough to keep you invested in the album. Going from groovy, more heavy and fast tracks like the title track Letter to Myself and Here to Save You to Closure with a more dreamy guitar presence to a slower ballad-like song like Dead to Me and everything in between. There’s tons of stuff to discover throughout the 45 minutes of music. If I would have to say anything negative, it’s that I’m staying a bit hungry for more harsh stuff. At the moment the music and vocals are very very clean, I wouldn’t mind to find something that contains more rawness, but maybe that’s just not what they were looking for now…

Cyhra‘s debut album Letters To Myself may not necessarily be the most original album out there, but it’s so well-crafted that no one is really going to care. This is for once a case of a “supergroup” being more than just the sum of its members. Every single one of them bring some of the best elements of their former bands to the table, but they combine it in such a way that it sounds and feels absolutely right. It’s great to see some of the more prominent members of the music scene still being able to get behind a new artistic road and start right from zero with a new band. I’m curious to see what more the future will bring for Cyhra, but this is definitely a flying start!