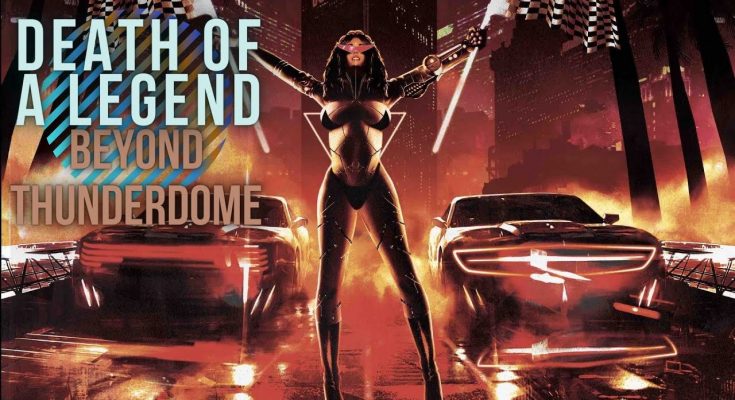 After the great success of the first single Faceman, which has passed the 27k streams in a little more than a month from its release, Death of a Legend are ready to unveil Beyond Thunderdome.

It’s a mixture of energy and irony, trademarks of the band, and Trippy declares about it:

“No dead cities standing silent in a radioactive wasteland and no armored muscle cars full of spikes and chainsaws. They told us the most precious thing left was fuel and they were wrong. Then they told us the most precious thing left was water and again they were wrong. All the way wrong. It’s toilet paper and it’s over. Beyond Thunderdome is the first song we worked on together at the beginning of 2020. The line up was not complete at the time and we were still trying to find our own way of making things so the first version sounded more like a thrash metal track. In the beginning it felt challenging to put it together and keep it on a leash but later.. fuck that, we just let ourselves go and everything started flowing naturally. Enjoy!“

Their style is a mixture of the iconic rock blues groovy vibes of Danko Jones, the raw facets of groups such as Maylene and the sons of Disaster and The Bronx and the typical groove of early Volbeat.

For more about Death of a Legend: https://linktr.ee/deathofalegend