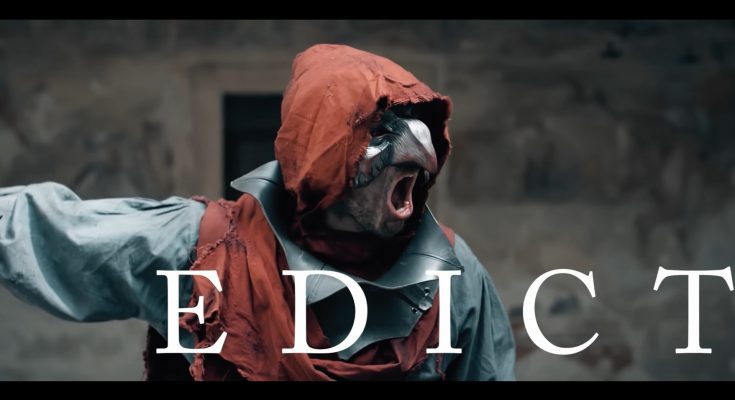 Genus Ordinis Dei are back with the new single “Edict“, supported, as usual, by a video with a cinematic cut. This is the third episode extracted from their metal work entitled Glare of Deliverance, scheduled for release on December 4th via Eclipse Records.

“Edict” continues Eleanor’s story, resuming where the previous episode “Hunt“ stopped. The Holy Inquisition captured her after a brutal chase in the forest and now has her in its clutches. She fears for her life but, despite everything, tries to resist. While The Black Friar waits for the witch, the inhabitants of the citadel throw glances of disgust and contempt at her. Who will save her? Will you be able to resist her eyes as she stares at you and cries out for help?

Glare of Deliverance is the band’s third LP, produced by Tommaso Monticelli (Jumpscare, Eternal Delyria, Geschlecht) at the Sonitus Studio. This new album is a collection of ten individual songs, each accompanied by its own music video. Each episode is concatenated with the other, creating a sort of short film that tells the story of a young woman named Eleanor, persecuted by the Holy Inquisition.

Glare of Deliverance includes ten tracks of powerful symphonic metal that will leave you breathless. Tom Roberts‘ art comes to life in the horror-style plot, making you feel powerless while Eleanor faces the corrupt inquisitors.