Home Heavy Metal Dee Snider – For the Love of Metal 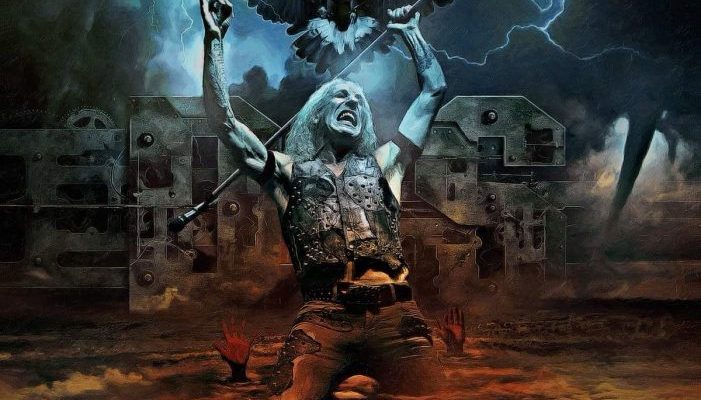 Dee Snider released his third solo album called ‘For the Love of Metal’ on July 27, 2018. ‘For the Love of Metal’ contains 12 individual songs. Each with a hidden story. Hidden because you might find yourself distracted by the catchiness of these songs. 10 solid hard rock songs and 2 collaborations. One with Howard Jones (Light the Torch, ex-Killswitch Engage) and one with Alissa White-Gluz (Arch Enemy).

Everybody knows Dee Snider as the singer of Twisted Sister. His solo career though, is nothing to be compared to Twisted Sister. Twisted Sister had songs that were more political and they turned out to be a party nonetheless. Dee’s solo career is totally different. It’s more serious, more powerful. More like: ‘Here I am and I’m not going out of the way’. The song ‘I Am the Hurricane’ approves this message. This album is a wall where you can not go through unless Dee let’s you. Even his voice sounds different. It sounds lower, and again, with more power than before. Twisted Sister might have stopped, but Dee definitely hasn’t.

When playing live on his last summer tour, Dee still played quite a lot of Twisted Sister songs next to new songs from ‘For the Love of Metal’. And somewhere I wonder why. It’s one solid album, so why need the so well-known and loved Twisted Sister songs? Probably because people still want to hear them so bad, because, these songs don’t need to be supported by well known songs. These songs won’t get knocked down. They’ll find their way.

But enough about Twisted Sister. I guess this also shows that it’s very hard, even almost impossible to look at Dee Snider without comparing him to his previous band.

Compared to his previous solo albums, ‘For the Love of Metal’ has a better sound quality, has songs that get your body moving and this one definitely makes a statement. It’s one hell of a hard rock/metal album, full of powerful songs to rock out to.