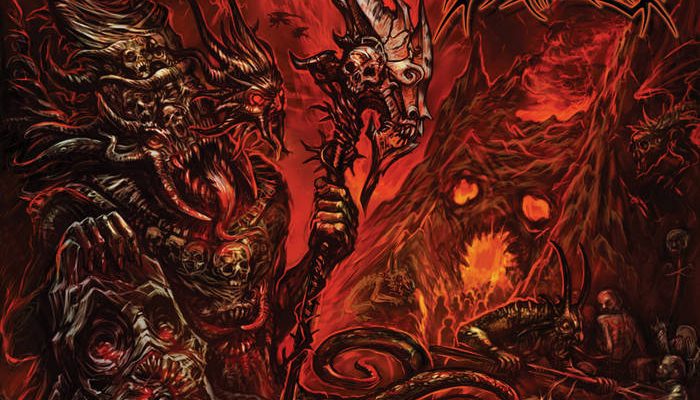 Australian death metal bands are known for their relentless brutality, and Depravity is one of those bands that have those bold distinguishing qualities. Evil Upheaval is the band’s first album which reigns nothing but total destruction upon the weak! This visceral band is generally consisting of five members where each of them unleashes devastating vestiges of fatal impacts. The album undertakes on demonic possession by evoking the authentic style of 90’s death metal, and when I say 90’s death metal I am sure you’ll be guessing many respectful bands like Sinister, Morbid Angel, and Cannibal Corpse! Truthfully Depravity is closer in comparison to Morbid Angel‘s albums with Steve Tucker.

Maniac Onslaught begins with gut-wrenching brutality ruled with bloodthirstiness, the band seems to be controlled by high ambitions. Vocalist Jamie Kay has some exceptional growls, the dual guitars of Lynton Cessford and Jarred Curley serve feral sonic riffs of savagery, the bludgeoning drums echo ceaselessly with blast beasts, held firmly by Louis Rando  (drummer of Impiety, Bloodlust, The Furor) and finally bassist Ainsley Watkins who avails stomping bass waves in the circle of fire. Depravity inclines towards technical death metal vibe, the endowment of the members resulted into a massive song-writing and musicianship.

On the third track Repugnant the rummage of the drum beats and blistering riffs act like a nuclear war-head which are led intensely. Depravity keeps a solid manner of swamping the tracks with extreme levels of complexity. Despondency and The Great Divide are some of the highlighted tracks, where the band’s darker and monstrous side manifests, of writing twisted songs without sparing the brutal traits. The maniacal drum work here deserves some credit for the relentless blasting and the double bass, the vocalist guttural performance are noteworthy as well.

There are many bands that play technical death metal music now days, but somehow I feel that Depravity‘s debut album is more direct and devastating. The impressive shrieks on the album certainly gives the band more than a needed credit, you can feel the fury and hellish spirit manifesting throughout the entire tracks. Vile Defloration begins slowly with a menacing atmosphere played by the drums when entwining with heavy sinister riffs and pulverizing double bass. The riffs are exerted with so much energy bringing solid intensity to the music, not to forget to mention the rhythm guitar sections and the solos. The piercing solos are executed on fantastic timing Evil Upheaval is a straightforward brutal death metal album… nothing more, nothing less. 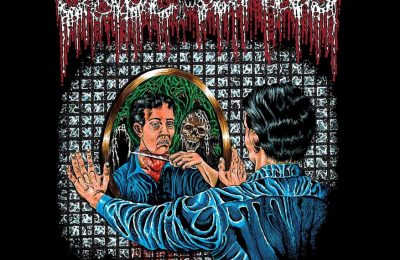