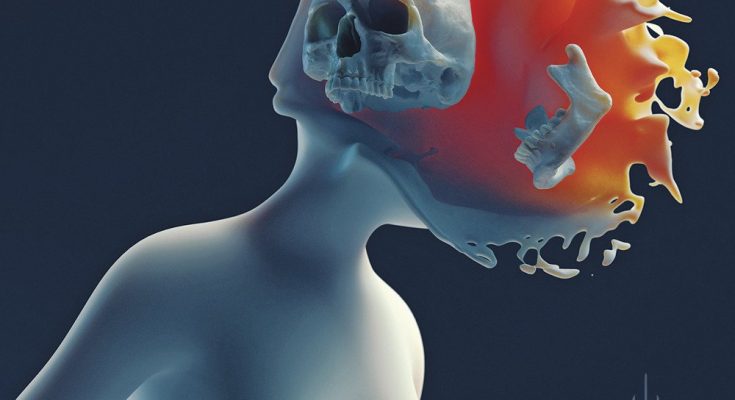 Diablo Blvd. has changed a lot over their last album Zero Hour, that is for sure. They have a new bassist, Jan Rammeloo, ex-Bliksem bassist. The style of the artwork has changed even more, just as the sound. If you want to read more on that specific topic, we have an interview on that here, and the most recent one talk with them about their 70 000 Tons of Metal adventure here. We also have a photo report from their release show here, for visuals.

But, on to the album. The sound changed a lot after  their bassist Dave Hubrechts left and the first three albums became some sort of a trilogy. The last album is more separate from those with a change in style on the cover and more 80’s new wave influences in their sound. Singer Alex Agnew has admitted that he wrote the lyrics while also writing for his most recent comedy show and the themes kind of merged into one another. The theme has taken a more dystopian feel and is more of a “complaint” to the situations in the world compared to the other three. I’ve followed the band’s music since the beginning and I thoroughly enjoyed the first three albums. Luckily, I can’t say that the changes they’ve made in their sound seem to have been for the worst, on the contrary even.  I really enjoyed the new influences they’ve put in their music and I think they’ve only made for an even more solid and catchy album.

And let’s face it, Diablo Blvd. is doing good. Nuclear Blast has picked them up, they’ve played 70 000 Tons Of Metal recently, they’re playing Graspop Metal Meeting (once again) and Wacken Open Air this Summer. No matter how much the mainstream press in Belgium always seems to focus on “Alex Agnew the comedian” and not “Alex Agnew the singer”, even when doing an interview on the band and their music, Alex and his friends prove with Zero Hour that this side of his career is at least as good. I think this is only the start for these guys and quite honestly, I can’t wait to see what these guys have in store for us and what the future holds for them.